As with “Black Widow,” Disney has released opening weekend information on both the box office and paid streaming performance of “Jungle Cruise,” reporting a theatrical opening weekend total of $34.2 million from 4,310 locations along with over $30 million in global grosses from the film’s premium release on Disney+.

The adventure film starring Dwayne Johnson and Emily Blunt also opened in 47 markets this weekend, grossing $27.6 million to bring its global box office opening to $61.8 million. When Disney+ numbers are included, the total rises to just over $92 million. Reception for the film has been positive with a 62% critics score and 93% audience score on Rotten Tomatoes along with an A- on CinemaScore.

By comparision, “Cruella” opened to $42.6 million worldwide on Memorial Day weekend, going on to gross $221 million worldwide along with undisclosed paid streaming revenue against a $200 million budget. In this post-pandemic box office, the traditional measures of box office success have been made murky by uneven reopening process at theaters worldwide and hybrid release strategies, putting a greater weight on home release and other post-theatrical revenue streams for films like “Cruella” and “Jungle Cruise” to turn a profit.

Meanwhile, “Black Widow” star Scarlett Johansson has filed a lawsuit against Disney over the hybrid release of the Marvel film, alleging that by releasing the film on Disney+ the studio deprived her of box office-based bonuses that reportedly were as much as $50 million. Disney has said in a statement that the lawsuit is “without merit,” saying that Johansson was paid $20 million to star in the film.

The release of “Jungle Cruise” also comes as the COVID-19 Delta variant has caused a rapid increase in case numbers worldwide. While the virus hasn’t yet caused a discernable drop in U.S. theatrical business beyond what has already been seen in the still-rebuilding box office, countries like Australia, Korea and Japan have reinstated capacity restrictions in theaters while France now requires proof of vaccination to enter theaters. 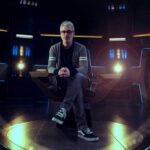 Below “Jungle Cruise,” there is a tight race for the No. 2 spot between Universal’s “Old” and A24’s “The Green Knight.” It will come down to Monday actuals, but for now “The Green Knight” has the edge with a $6.78 million opening weekend from 2,790 locations compared to $6.76 million for “Old” in its second weekend. “Old” now has a domestic total of $30.6 million and a global total of $48.6 million.

“The Green Knight” has won over critics with an 90% score on Rotten Tomatoes, but has had a more mixed reception with audiences with a C+ on CinemaScore and a 53% audience score on Rotten Tomatoes. It continues a trend seen for the avant-garde films A24 puts in wide release like “It Comes At Night,” “Uncut Gems” and “The Witch.”

“Black Widow” is fourth with $6.4 million in its fourth weekend for a domestic total of $167.1 million and a global total of $343 million. Completing the top five is Focus Features’ “Stillwater,” which opened on 2,531 screens and opened to $5.1 million. The film has a B- on CinemaScore along with a 75% RT critics score.