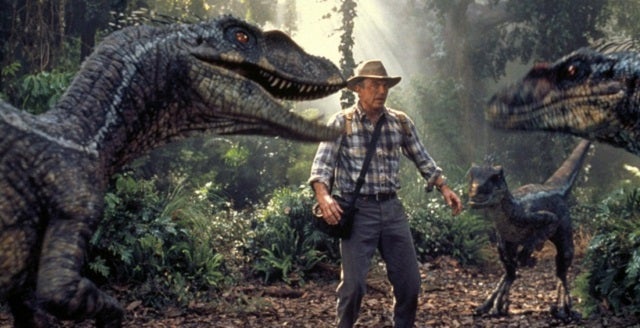 Twenty years later, "Jurassic Park" has joined the billion-dollar club — thanks to a 3D re-release that has brought in more than $65 million globally since Universal rolled it out on April 5.

Also helping: The Steven Spielberg dinosaur film opened No. 1 in China, with a $6.3 million first day Tuesday. Overall, the 3D version has taken in $20 million internationally.

The original “Jurassic Park” took in roughly $970 million in worldwide grosses when it debuted in 1993. If you add in the grosses from the re-release — and most box-office tracking services don't — the total comes to $1.03 billion.

Whether the milestone is legit in the record books, the re-release has been a financial winner for Universal. Between the Stereo D conversion and marketing, the studio probably spent about $30 million.

“Jurassic Park” was a bona fide blockbuster when it came out. It topped another Spielberg film, “E.T. the Extra-Terrestrial,” to become the highest-grossing film up to that time. Two sequels followed, "The Lost World" in 1997 and "Jurassic Park 3" in 2001.

In all, the franchise has taken in more than $1.9 billion worldwide.