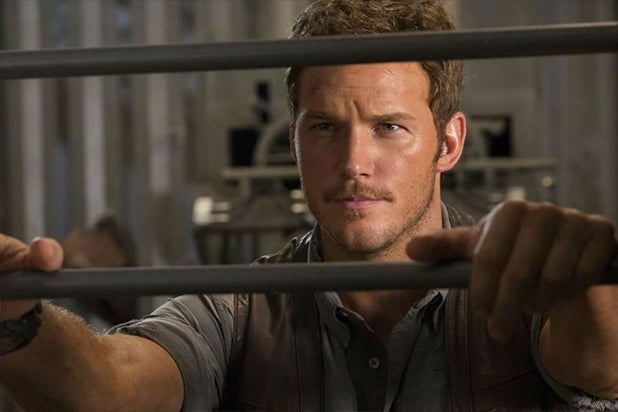 “Jurassic World” will no doubt take a dinosaur-sized bite out of the summer box office this Friday, but critics are divided about the film’s quality.

Universal’s “Jurassic Park” sequel currently has a 67-percent rating on Rotten Tomatoes, with some reviewers praising its action and others turned off by its lack of cohesive plot or rounded characters and a failure to live up to the Steven Spielberg original.

“Trouble is, ‘Jurassic World’ never works all that hard to wow us, either with groundbreaking effects or with a story that remotely holds our attention. If ‘Jurassic Park’ was a bright, clean, gleaming state-of-the-art attraction, this latest iteration feels shabby and unexciting, with a definite feeling that the carnies are dealing meth behind the haunted house.”

Director Colin Trevorrow never manages to capture that Spielbergian sense of wonder — could anyone? — but he proves himself a more-than-adequate purveyor of cinematic mayhem. For much of its running time, ‘Jurassic World’ plays like a great theme park ride. In an age of blockbusters that lumber like herbivores, it’s refreshing to see a movie as lean and mean as a velociraptor.”

“It’s quite possible this third return to the island will be a profitable one. But from an artistic and entertainment point of view, this can only be called a disappointment. There are a few nifty moments (three at the most) and Chris Pratt remains our most likable new Hollywood star. But this does not make up for the idiotic plot, flat characters, ill-defined conflict, and rote action scenes. ‘Jurassic World’ is a triceratops-sized dud.”

“That’s what these movies are: People show up on an island to see dinosaurs; people get eaten by dinosaurs. There are only so many scenarios that can be created to make sure this happens, as even Spielberg found out with ‘The Lost World.’ So, given these confines, Trevorrow has made a movie that is very entertaining, even when it feels familiar. It’s pretty much exactly what you think it will be, and honestly, is a little better than it even needs to be.”

“The heroes and villains of Steven Spielberg‘s Jurassic Park were intellectuals; scientists, mathematicians, academics and hugely successful entrepreneurs. They were mostly smart people doing smart things. With the exception of Dr. Wu and maybe Chris Pratt‘s raptor trainer Owen Grady, the protagonists in ‘Jurassic World’ are all dummies doing dumb things that lead, directly and indirectly, to their deaths and the deaths of hundreds of other people.”

The highest compliment that I can pay to Jurassic World is that it stands on its own feet. While it is obviously a sequel to Steven Spielberg‘s Jurassic Park, it does not use that 1993 film or the two prior sequels as a thematic crutch. There are explicit and implicit references to events of the first film, but it mostly succeeds on its own merits as a topical and exciting adventure film. The good news is that director Colin Trevorrow has crafted a gorgeous, exciting, and mostly entertaining monster movie.