Jussie Smollett testified Monday during his trial that the 2019 hate-crime that he reported was not a hoax, which the police have accused him of perpetuating.

“There was no hoax,” Smollett said, according to The Associated Press.

In January 2019, Smollett told Chicago police he was assaulted late at night by two men yelling racist and homophobic slurs, wearing pro-Donald Trump apparel, leaving him with a noose around his neck. But later investigations purportedly showed that Smollett staged the attack with the help of brothers Olabinjo and Abimbola Osundairo, who appeared as extras on “Empire” and claim that Smollett paid them $3,500 for their involvement. 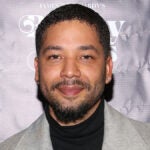 On Monday, Smollett testified that the payment was for Abimbola Osundairo’s services as a trainer. Smollett said he needed to get in shape for a music video. Additionally, he said that he and Abimbola Osundairo had multiple sexual encounters, which contracted Abimbola’s own testimony that the two had no prior sexual relationship.

“I’ve lost my livelihood,” Smollett said. When Smollett was cross-examined and asked why he didn’t give his cell phone to Chicago police to help in their investigation, he said he wanted his privacy.

The six charges of disorderly conduct were brought by special prosecutor and former U.S. attorney Dan Webb, who did so after previous charges were dismissed by Cook County State Attorney Kim Foxx after Smollett agreed to community service. As part of his reopened investigation, Webb determined that Foxx had committed “substantial abuses of discretion” by dismissing the charges but had done nothing illegal. Webb’s charges were brought in February 2020 but are only being brought to trial now due to delays from the COVID-19 pandemic. 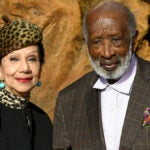 If convicted on any of the counts, Smollett could face up to three years in prison. But it is also possible that the actor could serve probation instead of jail time due to his lack of a criminal record. Cameras will be banned from the courtroom due to the high-profile nature of the case.

The incident cost Smollett his role on “Empire” as his character, Jamal Lyon, was written off during the show’s sixth and final season. Smollett’s performance as Jamal, the estranged gay son of music mogul Lucious Lyon, earned him acclaim from critics for his depiction of a proud LGBT character in a hip-hop culture that has a long history of homophobia. He has since produced and directed an independent film “B-Boy Blues,” which opened last month.