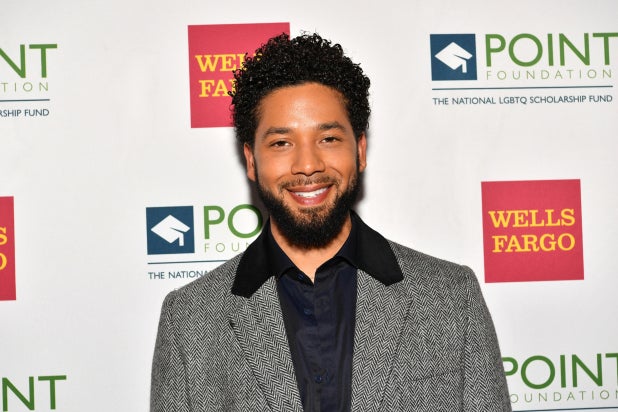 Jussie Smollett will make his feature directorial debut with “B-Boy Blues,” an adaptation of the 1994 novel about gay culture within the hip hop scene by James Earl Hardy. The film will be produced through Smollett’s SuperMassive Movies production outfit.

Smollett will produce the film alongside Hardy, Frank Gatson, Sampson McCormick and Madia Hill Scott. Production is set to begin Oct. 17. The film is funded by SuperMassive and Cleveland-based investor Tom Wilson, who finances independent films with LGBTQ+ and BIPOC subject matter.

Set in the summer of 1993, “B-Boy Blues” tracks the relationship between a 27 year old journalist and a 21 year old bike messenger in New York as well as the larger LGBTQ+ community within the hip hop subculture. Hardy wrote five sequels and a short story for “B-Boy Blues.”

Also Read: Jussie Smollett Gives First Interview Since Feb 2019: 'It's Been Difficult to Be So Quiet' (Video)

Smollett previously directed two episodes of “Empire” prior to his exit from the series in 2019.  The actor is still engaged in a legal fight with the city of Chicago over the 2019 assault he says was a racist attack but Chicago police have called a hoax. A special prosecutor looking into the affair said in a report published in August of this year that the Cook County State’s Attorney’s Office and Chicago Police Department w fereound to have had “substantial abuses of discretion and operational failures” but no criminal wrongdoing.