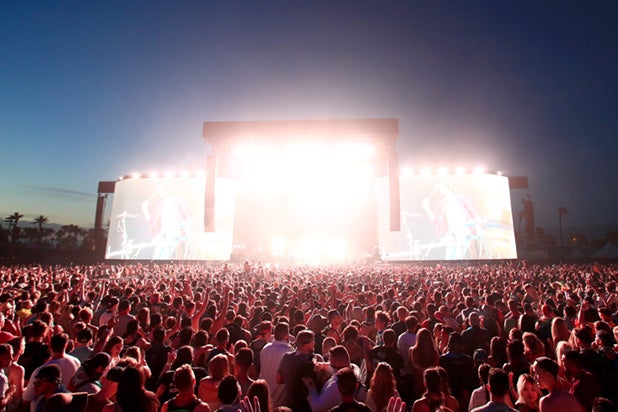 The U.S. Department of Justice is investigating Live Nation for anti-trust violations in the eight years since its merger with Ticketmaster, according to a report from the New York Times.

Live Nation, which promotes tens of thousands of shows around the world every year, has been accused of using its dominance in the concert tours business to pressure venues into contracting its ticket sales through Ticketmaster.

“The company’s chief competitor, AEG, has told the officials that venues it manages that serve Atlanta, Salt Lake City, Oakland, Minneapolis, Louisville and Las Vegas, were told they would lose valuable shows if Ticketmaster was not used as a vendor, a possible violation of antitrust law,” the Times wrote.

The manager of the Gwinnett Center in Atlanta, for example, claims the number of Live Nation shows brought to his venue dropped from four to two in the year after it switched to a ticketing system controlled by AEG. Live Nation claimed the drop was due to “routine fluctuation.”

However, the Times also reported that the Just Department’s investigations “have gone beyond the bitter rivalry [between Live Nation and AEG], with regulators in the past year looking into reports of Live Nation threats at venues that AEG does not manage.”

One of the Justice Department’s conditions when Live Nation acquired Ticketmaster — the largest players in concert promotion and ticketing, respectively — was that the company was not allowed to force venues to use both services. But critics say ambiguous language in the agreement makes such behavior difficult to prevent.

“So Live Nation is barred from punishing an arena by, say, steering a star like Drake to appear at a rival stop down the road. But it’s also allowed, under the agreement, to redirect a concert if it can defend the decision as sound business,” according to the Times report. “Competitors assert that the bundling lets Live Nation pressure venues without ever uttering a threat.”

The Justice Department declined to comment on the inquiries to the Times, and “several of the venue owners have denied the accounts of threats reported by others.”