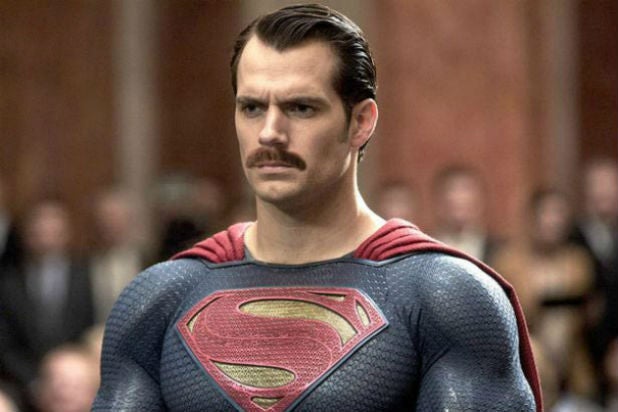 “Justice League” is a film years in the making, filled with some of the most recognizable superheroes in all of pop culture. And yet, this weekend, it has failed to even crack the top 50 highest box office openings of all-time.

The film was expected to gross $110-120 million this weekend, well below the openings for “Suicide Squad” and “Batman v Superman,” but more than “Wonder Woman” and on the level of “Man of Steel.” Instead, it has posted an opening of just $96 million, the first WB/DC live-action film to fail to open to over $100 million since “Green Lantern” in 2011. It ranks eighth among all openings this year, below films like “The Fate of the Furious,” “Wonder Woman” and all three Marvel Studios releases.

And the bad news might only be beginning for this film. “BvS” and “Suicide Squad” suffered poor returns in later weeks due to bad word-of-mouth and critical reviews. Though Thanksgiving weekend might mitigate the drop-off, “Justice League” could be looking at a second-weekend total of less than $40 million.

So what went wrong for “Justice League”? Here are our reasons:

After the poor critical reception of “Suicide Squad” and “BvS,” 2017’s DC films were under more pressure to do well with critics and audiences. “Wonder Woman” passed with flying colors, but “Justice League” only scored 39 percent on Rotten Tomatoes. Headlines about the film’s extensive reshoots, directed by Joss Whedon after Zack Snyder stepped down due to the death of his daughter, also created skepticism among casual moviegoers about the film’s quality.

“Every movie from the superhero genre released in 2017 was well-reviewed and with the bar set to an incredibly high standard by ‘Logan,’ ‘Guardians 2,’ ‘Wonder Woman,’ ‘Spider-Man: Homecoming’ and most recently ‘Thor Ragnarok,'” comScore’s Paul Dergarabedian told TheWrap. “‘Justice League’ was most definitely impacted by the negative reception by the majority of critics, and that spilled over to the ticket-buying public who have a ton of great titles to chose from and have to make decisions on where they are going to spend their time and hard-earned dollars.”

This weekend, Lionsgate’s “Wonder” performed surprisingly well at the box office, grossing $27 million against a $20 million budget. While it was by no means going to be a direct competitor to “Justice League,” it was a well-received film that served as counter-programing for the superhero film’s periphery demographics.

Based on a novel that has been read in elementary schools across the country, “Wonder” is now expected to be a popular title for family audiences on Thanksgiving weekend, as will Pixar’s “Coco,” which has received critical acclaim and is expected to get strong word-of-mouth once it hits theaters on Wednesday. “Justice League” was designed to be a much lighter affair than the brutally violent and dark “Batman v Superman,” and that was supposed to get more kids into theaters. But “Wonder” and “Coco” will likely be more favorable options in the coming weeks.

“Wonder” has also won over older female audiences, who were largely responsible for the film’s A+ on CinemaScore. Older female audiences played a large factor in the long-lasting performance of “Wonder Woman” this summer, and there was belief that they would return to see Gal Gadot play the heroine again, but that was not the case.

Finally, it’s hard to forget that DC’s direct competitor still has a relatively fresh film in cinemas. No other DC Extended Universe films have been released in such close proximity to a Marvel film. Even “Wonder Woman” had a one-month gap between it and “Guardians of the Galaxy Vol. 2.” But “Thor: Ragnarok” still made its presence felt this weekend with a $21 million haul in its third weekend to bring it close to $250 million domestic. Like “Wonder,” it’s not the biggest factor in “JL”‘s struggles, but it was another competitor that chipped away at the film’s casual audience base.

Warner Bros. Distribution President Jeff Goldstein told TheWrap that he still believes the film could have a solid performance on Thanksgiving weekend despite the presence of such high-quality competitors, saying that “high tides raise all ships.” But “Justice League” is going to have to buck some consistent negative trends that have shown that moviegoers are becoming quick to abandon a poorly reviewed DC film. It’s strange to consider that a $96 million start could be considered a failure for a film, but with the cultural pedigree and expectations that “Justice League” had, such a disappointing performance has caused the clouds of uncertainty that “Wonder Woman” was able to dispel for a time to surround the DC Universe once again.