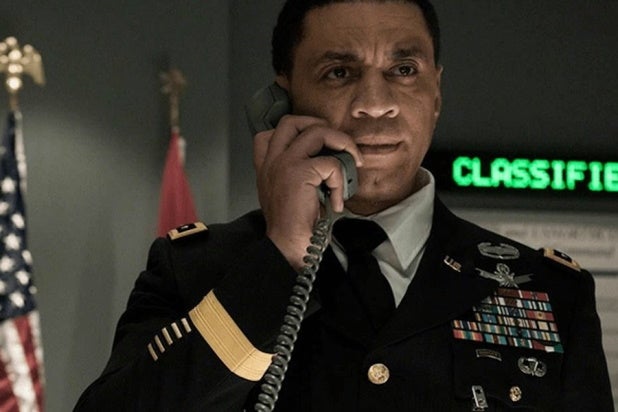 Now that the Snyder Cut of “Justice League” will be released on HBO Max, actor Harry J. Lennix teased on social media that he might cameo in the film, as originally intended, as Martian Manhunter.

Lennix, who played General Swanwick in both “Man of Steel” and “Batman v Superman, ” tweeted on Friday, “Re: Justice League and the Snyder cut… Things don’t Just happen–things happen Just.”

In 2019, it was revealed by director Zack Snyder, in a storyboard he posted to his Vero account, that General Swanwick was in fact J’onn J’onzz, The Martian Manhunter.

Also Read: How the #ReleaseTheSnyderCut Movement Succeeded When Nobody Thought It Would | Podcast

“Harry Lennix is pretending to be a human being but does a great job, but has this relationship with Lois that started in ‘Man of Steel’ if you kind of track their relationship,” Snyder said at the time. “Harry understands there’s a relationship between Lois and Clark, who he knows, of course, is Superman.”

Currently a fan favorite on The CW’s “Supergirl,” J’onn J’onzz is a former Martian cop stranded on Earth — and in some stories, the only surviving member of his race. Created by Joseph Samachson and Joe Certa, he’s a founding member of the Justice League and one of the most powerful characters in the DC Universe, thanks in part to his ability to shape-shift. He’s also one of the nicest DC heroes of all time; just don’t get between him and his “Choco” cookies.

Later, when someone posted Snyder’s storyboard of Martian Manhunter in response to Lennix’s tweet, the actor responded with a wink.

Now that the Snyder Cut is happening, will we see the Martian Manhunter in the film as originally intended? Everyone will find out in 2021 when HBO Max releases the Snyder Cut of “Justice League.”