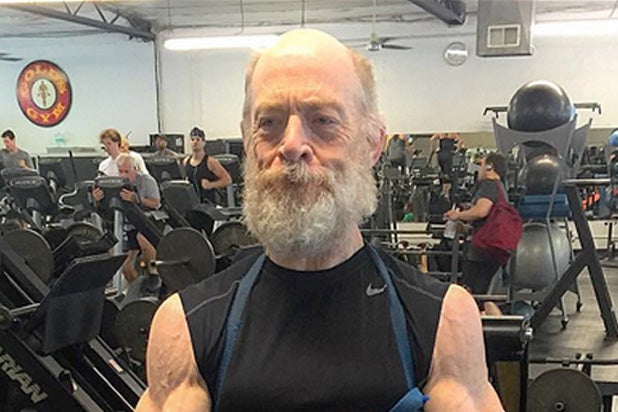 Earlier this month, J.K. Simmons made headlines when photos surfaced of him looking ripped in the gym. However, contrary to popular belief, he wasn’t training for “Justice League.”

“Yeah, well that’s a gigantic misconception,” Simmons told The Huffington Post. “I just like to work out now. And getting to the gym really has nothing … I’m not going to the gym because of ‘Justice League.'”

The actor added that he was just trying to “take care” of himself.

“I’m just going to the gym because after the last time I got super fat and out of shape, I decided that I was done doing that,” explained the Oscar winner. “I was going to — for as long as I’m going to be on the planet — I’m going to try and take care of myself. So that’s pretty much coincidental [to filming ‘Justice League’].”

However, while he isn’t training to play Commissioner Gordon in “Justice League,” he did add that “being around that cast and [director] Zack Snyder, who is a fitness maniac himself, it’s nice to have that in common with people.”

Take a look at the 61-year-old actor’s admirable biceps below.