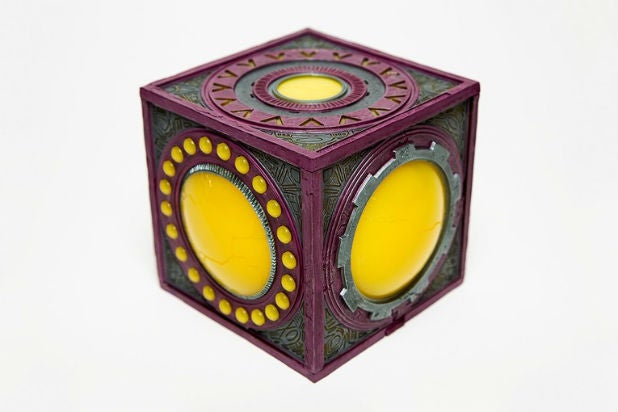 Amid the wealth of “Justice League” information dropped on the internet on Monday was the revelation that mother boxes are going to play a major part in the upcoming film.

“[Back] before there was a history … mankind, the Atlanteans — before they were under water — the Amazonians and, actually, the old gods, teamed together and decided that — based on an event that happened — these mother boxes were going to be placed in the care of, as I say, the Amazonians, mankind and the Atlanteans,” producer Charles Roven revealed. “So that allows us to get into some of those environments.”

That left many scratching their heads as to what exactly a mother box is and how it plays into the DC Universe. TheWrap did some digging and here’s what we found.

Mother boxes were created by the scientist Himon, member of a race known as the New Gods, which came into existence after the gods of classical mythology were destroyed. This jives with the revelation that New God Steppenwolf will serve as “Justice League’s” primary antagonist.

According to DC Comics, “a mother box is a sentient supercomputer with seemingly infinite capabilities,” many of which are unknown even to the users with which they often bond. In fact, mother boxes are  known to self-destruct upon the death of the user.

Forged from a mysterious element, mother boxes draw their power from the Source, an ancient energy that’s responsible for all of existence. Throughout their use in the DC universe, mother boxes have been used as weapons, sources of information, windows to teleportation, tools for gravity manipulation and regenerators of life.

Given this, it’s no surprise that such devices could cause some serious problems for the people of Earth that would require the help of our friends in the Justice League.