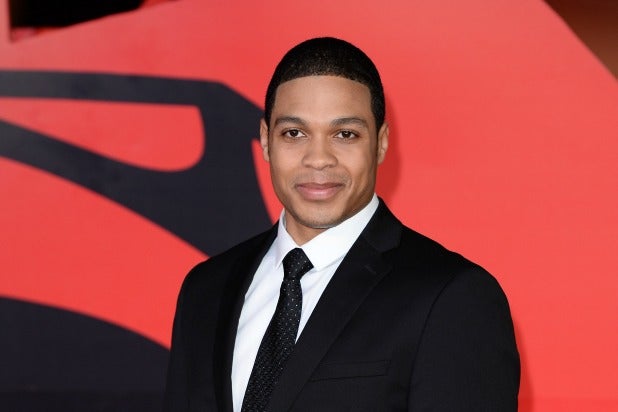 “Justice League” star Ray Fisher went on his Twitter attack against director Joss Whedon in June after he was offered a small cameo role in the upcoming DC Comics movie “The Flash,” TheWrap has learned.

The film, which is aiming to begin production next year with Ezra Miller as the title character and Michael Keaton and Ben Affleck both returning as versions of Batman, is set to include a small role for Fisher as the genetically enhanced superhero Cyborg.

According to two insiders with knowledge of the situation, Warner Bros. has not heard back from Fisher’s team since offering the small role back in June — and plans for a standalone “Cyborg” movie have stalled. Development on that project — which was at one time slated to hit theaters in 2020 — was paused toward the end of 2016, according to one insider.

A rep for Fisher sidestepped multiple questions about “The Flash” offer in terms of timing, size and the state of negotiations. “Mr. Fisher is, and has been, under contract with WB Pictures since 2014,” Fisher’s team at Paradigm Agency and Management 360 said in a statement. “Per the terms of that pre-negotiated contract, the option to include Mr. Fisher as the character of Victor Stone (aka Cyborg) has always rested in the hands in WB Pictures.” Actors cast in superhero roles typically sign on for multiple films and have option clauses to cameo in other superhero movies.

On June 29, shortly after the cameo offer, Fisher launched the first of a series of attacks on Whedon, who stepped in for initial “Justice League” director Zack Snyder on significant reshoots, and then on Warner Bros. for its handling of the 2017 film. First, the actor tweeted that he wanted to “forcefully retract” describing Whedon as a “good guy” during 2017 Comic-Con.

Then in July, Fisher publicly accused Whedon of unspecified “gross, abusive, unprofessional” behavior on set — and further said that it was enabled by then-DC Entertainment president Geoff Johns and former Warner Bros. co-president of production Jon Berg. (All three denied the accusations; Johns and Berg left the studio since the film was released in 2017.)

Warner Bros. launched an independent investigation in mid-August, a move that Fisher initially celebrated. But on Sept. 4, Fisher accused DC Films President Walter Hamada of attempting to defend Geoff Johns. The studio denied the accusation and said Fisher never accused anyone of “actionable conduct” and that the actor has refused to cooperate with the investigator during a meeting in late August. (Fisher then publicly questioned the independence of the investigation, which was led by an outside firm hired by studio parent company WarnerMedia.)

The dispute has continued even after Warner Bros. agreed to release original “Justice League” director Zack Snyder’s version of the film as a four-part miniseries on HBO Max next fall. On Monday, co-star Jason Momoa publicly backed Fisher’s accusations about “the s***ty way we were treated on Justice League reshoots.”

Fisher was a relative unknown in 2014 when he was cast in 2016 as Victor Stone, a human whose body is mostly replaced by cybernetics to become the superhero Cyborg. At the time, DC Films announced plans for an ambitious slate of films that included a standalone “Cyborg” film then expected to hit theaters in 2020. But those plans got upended, and some projects — including Ezra Miller’s “The Flash,” originally slated for 2018 release — got pushed back.

Meanwhile, “The Flash” is now aiming to start production in March 2021, subject to COVID-19 shooting protocols.