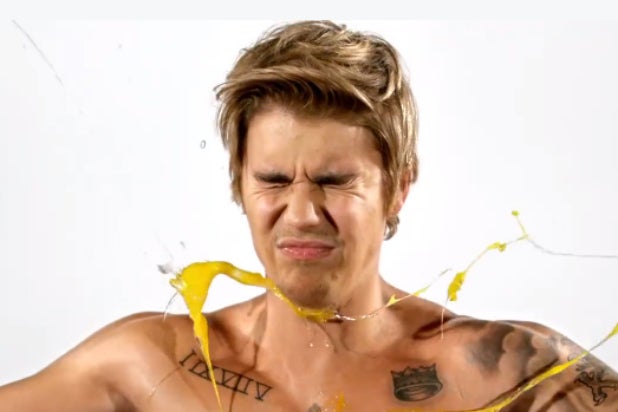 Justin Bieber has egg on his face. And on his chest … arms … stomach … some in his hair … etc…

The pop star was ironically pelted by the chicken embryos on Comedy Central’s roast promo — and no amount of tanning or tattoos could have prevented the mess. Super-slow-motion video and dramatic apocalypse music set the tone for the brief clip, which the cable channel posted on Facebook Tuesday.

The punishment fit the crime: Bieber was sentenced to two years probation and anger management classes for egging his neighbor’s home in January 2014. The “Baby” singer was charged with misdemeanor vandalism at the time, and had to pony up $89,000 in restitution.