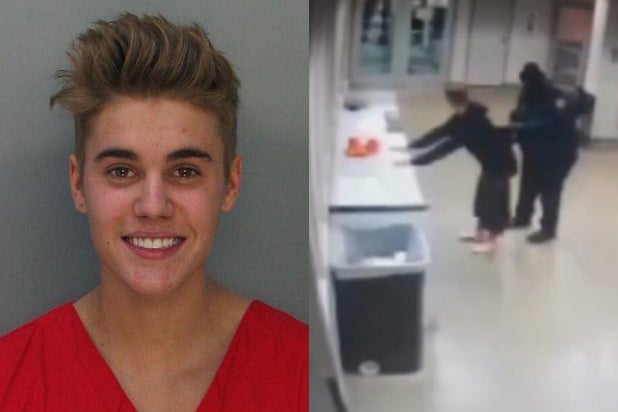 Embattled singer Justin Bieber can be seen getting frisked at the Miami police station where he was taken after a Jan. 23 arrest in a new surveillance video released by the police on Friday.

Bieber, who is also fighting legal battles in California and Toronto, was arrested on Jan. 23 after allegedly drag racing a rented Lamborghini. In the video, the singer can be seen removing his shoes and sweatshirt before assuming the pat-down position.

The pop star was charged with driving under the influence, driving with an expired license, and resisting arrest. A trial for those charges is scheduled for March 3.