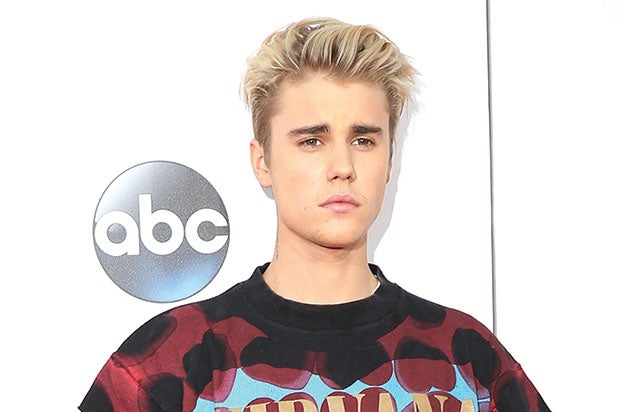 “Purpose” singer Bieber revealed yet another talent on Instagram this week, when he unveiled his latest masterpiece: A completed page from what appears to be a very sexy coloring book.

The image depicts a woman with a headband adorned with feathers, dressed in a top that reveals generous portions of underboob and panties drawn down to her upper thighs.

In case that was too subtle, she also appears to be suggestively licking a blade of some sort.

To his credit, Bieber managed to stay within the lines while fleshing out the saucy outline.

Bieber attempted to express modesty while presenting his creation to the world.

“I colored this its dope Cuz I actually sat down for 30 min and finished I never can sit still for that long so it’s an accomplishment, yes this took me 30 minutes haha,” Bieber wrote. “I know I suck Don’t judge me.”

The singer need not have worried; the public largely celebrated his ability to put colored pencil to paper and not make a complete mess of things.

“Well. You colored it great @justinbieber,” one supporter offered, along with three thumbs-up emoticons to emphasize the approval.

“Noo its pretty good,” another chimed in.

Yet others celebrated Bieber’s everyman pursuit of coloring in images of half-naked women.

“Celebrities, they’re just like us,” cheered a commenter with the handle molly_zee.

Yet another fan offered to help Bieber further his new artistic pursuit, writing, “I’ll give you painting lessons.”

Who says there’s no support for the arts in today’s culture?

Gaze upon Bieber’s latest creation below.

I colored this ???? its dope Cuz I actually sat down for 30 min and finished I never can sit still for that long so it's an accomplishment, yes this took me 30 minutes haha I know I suck Don't judge me