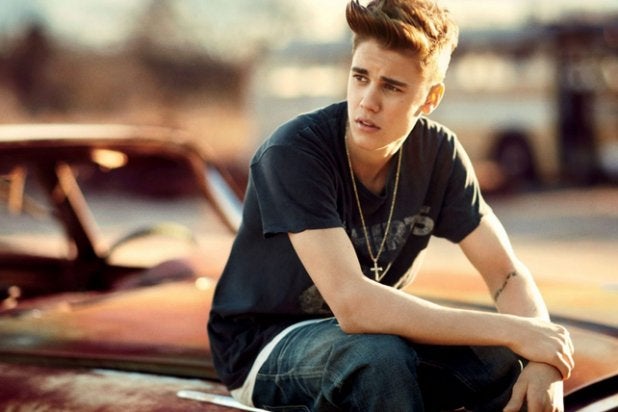 Within a day of a vehicle accident involving Justin Bieber, the pop star has been slapped with a civil suit relating to another traffic incident. The suit charges Bieber — as well as BT Touring, Inc. and other unnamed individuals involved — with motor vehicle property damage, personal injury and general negligence, according to the legal document obtained by TheWrap.

The incident occurred on June 18, 2013, on Sunset Blvd. near Laurel Ave., in Los Angeles, California, according to the court document. The suit details that the plaintiff was a pedestrian at approximately 11:45 p.m., when he was hit by a 2011 Ferrari, owned and registered in the name of all listed defendants.

The document lists Lee’s injuries to include laceration and crush injury, hematoma formation, deep abrasions to the left knee and leg, fluid collection in the left knee and leg, and deep venous thrombosis in the calf and ankle region. The suit lists the extensive medical treatments and expenses Lee has incurred, and indicates that there will be more “for an unpredictable period in the future.”

See video: Justin Bieber Introducing Dance Crew Competition Into ‘So You Think You Can Dance’

Lee has also been unable to work since the accident, according to the suit, and is unlikely to return to his current vocation as a photographer for an “indefinite period in the future.” Lee has requested a jury trial in his unlimited civil case, indicating he is seeking damages in excess of $25,000.

Media reports at the time of the accident state that Bieber was behind the wheel, describing Lee as a photographer among a crowd who had been trying to take pictures of Bieber.

TMZ reported that Bieber motioned for the photographers to clear out of his way as he was attempting to leave the Laugh Factory comedy club. But then, one of the photographers was purportedly pinned between Bieber’s Ferrari and a parked car as he pulled out.

Bieber was questioned by police after the incident, stating that he didn’t know he had hit anyone. Police found that the photographer was at fault as he was in the roadway when the incident occurred.

On Tuesday, Bieber was involved in another paparazzo-related car accident, but was not the driver. An Escalade he was a passenger in collided with another vehicle while attempting to lose a papparazo in a third vehicle. He is also facing two additional vehicular legal issues, with a DUI charge in Miami earlier this year, and an alleged assault on a limo driver in Toronto in December 2013.