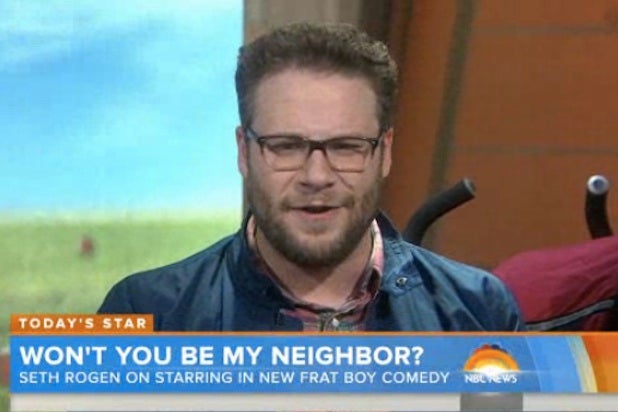 Seth Rogen is not backing down from his criticism of pop star Justin Bieber.

“Today” show host Matt Lauer grilled the “Neighbors” star about his recent comments about the troubled singer on the Howard Stern show, where he called him a “d-ck.”

“You were tough on him, why?” Lauer asked.

“People keep asking me about it, that’s why,” Rogen said.

“I would never say anything else about it if no one asked me. To me, the idea that a grown man doesn’t like Justin Bieber is not a controversial thought,” he added. “Why would I? It would be much weirder if I did like Justin Bieber, to me. None of these people in this room like Justin Bieber. I can guarantee that. To me it’s amazing though, anytime something like this happens and I just say something that, very clearly a lot of people feel, and it becomes a media thing. I don’t know anyone who likes Justin Bieber.”