Kaitlyn Dever, the star of “Booksmart” and “Unbelievable,” has joined the cast of “Ticket to Paradise,” a romantic comedy set at Universal and starring George Clooney and Julia Roberts.

“Mamma Mia! Here We Go Again” director Ol Parker is directing the original comedy that stars Clooney and Roberts as exes who find themselves on a shared mission to stop their lovestruck daughter from making the same mistake they once made.

Parker and Daniel Pipski wrote the script, and “Ticket to Paradise” is already slated for release on Sept. 30, 2022. 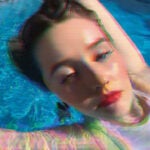 Kaitlyn Dever is the star of the comedy “Booksmart” and the crime miniseries for Netflix “Unbelievable,” which scored her a Golden Globe nomination. She’ll also be seen in another Universal film in the upcoming adaptation of the musical “Dear Evan Hansen.” She’s currently filming the Hulu series “Dopesick” alongside Rosario Dawson and will star in the feature “No One Will Save You” from writer and director Brian Duffield.

Dever is represented by UTA.