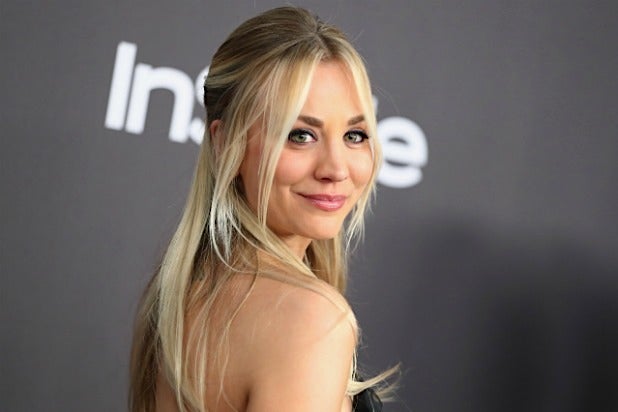 Under the multi-year agreement, the “Big Bang Theory” star’s Yes, Norman Productions will continue to develop ideas for original television projects for broadcast, cable, streaming and digital platforms with the group’s various divisions.

First under the deal will be the hour-long drama “The Flight Attendant,” which Cuoco will star in and produce for WarnerMedia’s upcoming streaming service.

A thriller based on the novel by author Chris Bohjalian, the project will also be produced by Greg Berlanti and Sarah Schechter of Berlanti Productions, as well as Steve Yockey (“Supernatural”), who will adapt it. Suzanne McCormack of Yes, Norman is co-executive producer.

The deal includes a talent-holding agreement under which Cuoco will continue to appear on screen in studio projects.

“I love that Warner Bros. is my home away from home, and I couldn’t be more excited to continue this incredibly collaborative and gratifying relationship. They’re stuck with me now!” Cuoco said in a statement.

Cuoco and Yes, Norman first signed a pod deal with Warner Bros. in 2017, and the new agreement keeps her in the fold following the conclusion of “The Big Bang Theory’s” 12-season run earlier this year. At the studio, she currently is set to produce and star in the “Harley Quinn” animated series for the DC Universe digital platform. She is also developing an adaptation of the 2018 thriller “Sick Girl” from author Rachel Hargrove.