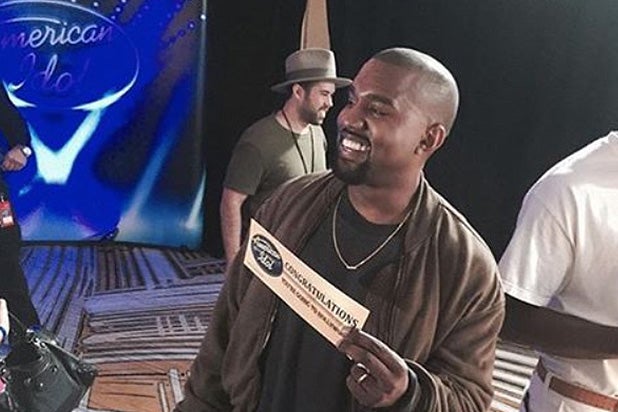 The “Stronger” rapper secured his spot on Saturday night when he “auditioned” for “American Idol.”OK, Kanye is way too successful to ever audition for a singing competition, but he did make a surprise appearance at “Idol’s” San Francisco tryouts.

The superstar stunned judges Jennifer Lopez, Keith Urban and Harry Connick Jr. when he crashed the auditions, while wife Kim Kardashian visited the set. Host Ryan Seacrest was just as surprised and tweeted: “see u in Hollywood @kanyewest.”

As for the real auditions, the last day of “Idol” tryouts ever, took place Sunday, Seacrest wrote on his Instagram page.

Fox announced in May that the once-dominant competition series will return in January for its final season.

“We forgot what ‘American Idol’ was about. It should’ve been about the talent, and all of a sudden Mariah and Nicki turn up and it’s about [bumps fists together] this. We lost the humor of it, and the warmth of it.”

Watch the video below of Kanye dropping by “Idol.”