Kanye West held a massive listening party at Atlanta’s Mercedes-Benz Stadium on Thursday night for his long-awaited, much-hyped 10th album, “Donda.” And while those lucky fans in attendance got to hear the album in full, the rest of us are still waiting — because as of this writing, “Donda” has still not surfaced on streaming services.

Given the mystique around West’s persona and the tendency to see him as a sort of tortured genius or a tinderbox ready to explode, fans weren’t totally surprised by the delay — most of them noted a postponement was practically inevitable. Still, considering the fascination with West’s personal life (especially in the midst of his split from Kim Kardashian) and his puzzling public antics (like that 2020 presidential run), the disappointment among Kanye fans was palpable.

Take a look at some of the funniest Twitter reactions below. 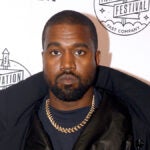 While we’re still waiting to hear the fruits of West’s labor, we can at least count on those in attendance last night to fill in the gaps. According to The New York Times, West held court at the stadium without a microphone and “walked around on a white tarp, delivering outsize gestures and dance moves to his new music for less than an hour before leaving. … For much of the night, West stood in the center of the stadium’s football field, in the middle of a spotlight, surrounded by fog. When he walked around the venue, he spent a good portion of his time in front of the section where his four children with Kim Kardashian, North, Saint, Psalm and Chicago, were seated. Despite the fact that she has filed for divorce from West, Kardashian and her sister Khloe were also in attendance.” 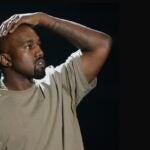 West’s album is named in tribute to his late mother, Donda West, who died in 2007 from complications related to plastic surgery. In further commemoration of Donda, West gave 5,000 tickets to Thursday’s listening session to faculty and students at historically Black colleges and universities in Atlanta, including Morris Brown, Clark Atlanta, Morehouse and Spelman. Kevin James, president of Morris Brown College, was also present to give West a “token of appreciation” on behalf of Donda, who taught at the school for nearly two decades and was chair of the English department.

After West’s performance, the city of Atlanta presented the rapper with a plaque backstage at Mercedes-Benz Stadium. The rapper was born in Atlanta, and the city officially proclaimed July 22 “Kanye West Day.”