Kanye West released his eighth studio album early on Friday following an A-list listening party at a ranch in Wyoming. And fans who have heard the tracks since it dropped on Spotify, Apple Music, and Tidal are split over it.

The new project, “Ye,” has West fans — and haters — deeply divided over both the content and West’s recent behavior leading up to its release.

Some think he’s brought back the old Yeezy, while others think the album (which you can listen to below) is a total “dud” and a reflection of the rapper’s new attitude.

Also Read: The Time Kanye West Totally Botched the Release of 'The Life of Pablo'

“This #Wyoming album is great! So much better than Pablo,” one fan tweeted. “Glad Kanye was trolling with that poopedy scoop stuff. Back in old school form.”

“Bunch of ‘music critics’ & ‘influencers’ caught up on some Wyoming Wack Bulls–t ain’t gonna convince me this @kanyewest is dope,” actor Michael Rapaport tweeted. “This s–t is straight trash. No bangers. Not one smacker. When you have Kris Kardashian as a sound board this happens #ye Album is DippityDoDo.”

The album’s cover itself is getting mixed reaction, which is a photo of a Wyoming mountain range with the words “I hate being Bi-Polar its awesome” — a reference to all of the lyrics included on the LP about the status of West’s mental health. Kim Kardashian West said in a tweet her husband took the photo “on his iPhone on the way to the album listening party.”

See the album cover below as well as reactions to West’s new project. 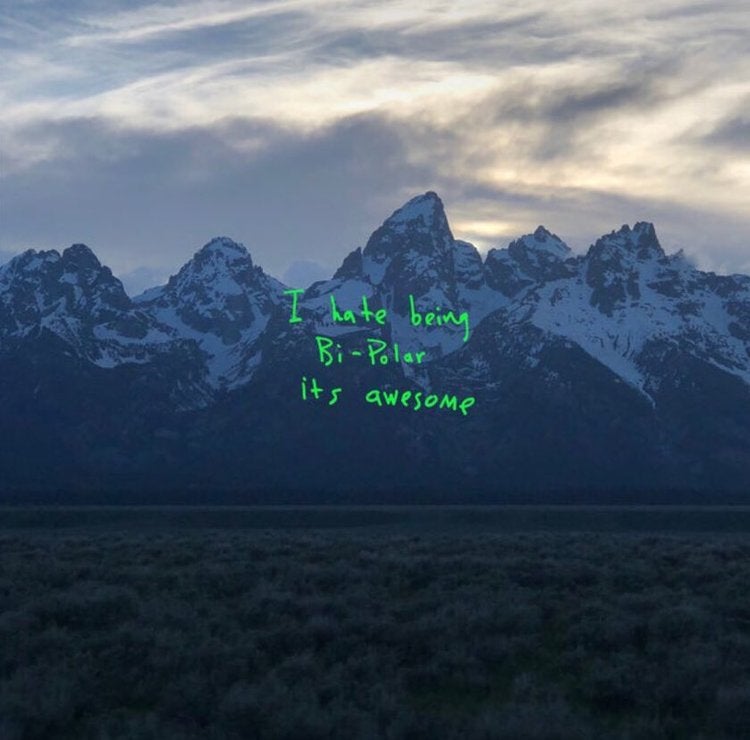 This is Kanye's third dud. https://t.co/iFevFh023O

In some ways, #YE feels like a Kanye compilation album of his previous sounds. I hear elements of Graduation, 808s, MBDTF, Yeezus and Pablo. Sonically, it feels like a story across the years…

This #Wyoming album is great! So much better than Pablo. Glad Kanye was trolling with that poopedy scoop stuff. Back in old school form.

The Kanye album did absolutely nothing for me. I listened to it because the TL was filled with rave reviews this morning but nope. I wasn’t into it and the stuff that the artist has been into lately certainly hasn’t helped me provide a favorable opinion of the art.

I love how music can take you to another place. for example Kanye West is playing in this cafe so now I’m going to a different cafe

The new Kanye West album, has only 7 tracks, some will say that’s not an album, it’s an EP, most will say for this Trump supporting buffoon that’s 7 tracks too many

Kanye West is the most polarizing artist in music history…

I’ve heard one song off the new @kanyewest album.

No one is going to be mad about his hat anymore.