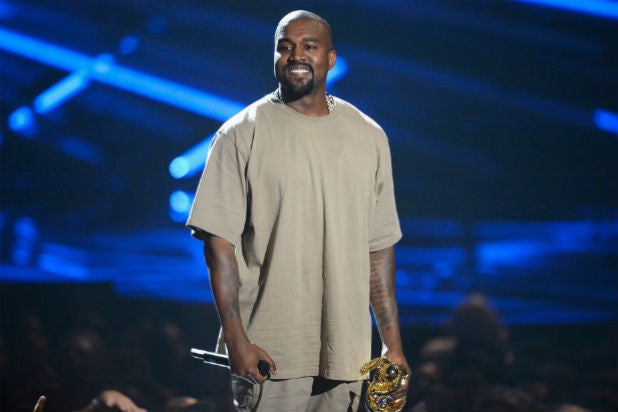 With all the noise surrounding Kanye West’s public mental-health spiral, you may have missed the rapper’s allegation that the MTV Video Music Awards are rigged — despite the network’s long assertion that fans choose the winners.

“Beyoncé, I was hurt, because I heard that you said you wouldn’t perform unless you won Video of the Year over me,” West said of the 2016 VMAs during a manic onstage rant at his abbreviated Saturday concert in Sacramento, California.

Beyonce indeed won for her polarizing sensation “Formation” at the August ceremony, over West for his video “Famous.” West directly implied that the network handed her its highest honor to get her to show up — where she performed a staggering 14-minute set that became the most talked-about moment of the telecast.

MTV has long maintained an open fan voting process run through its official website, which West challenged in his weekend monologue.

TheWrap has also confirmed that the VMAs engages a body of industry professionals who vote on below-the-line categories like Best Art Direction, Best Choreography and Best Cinematography.

“It’s an online voting system that’s similar to voting for the Emmys or the DGA Awards,” one member of the VMA industry group told TheWrap, speaking on the condition of anonymity.

“But only for the professional categories. The larger categories have always been a mystery to me,” the individual added.

Numerous MTV spokespeople would not respond to requests for comment.

On its voting page (currently not available online), MTV offers a vague disclosure that would suggest West is right — they can hand a trophy to whomever they please.

“If, for any reason, this voting process is interrupted … or for any other reason that Sponsor believes in its sole discretion to be reasonably necessary, Sponsor reserves the right to select the winners at its discretion,” the fine print reads, according to the Houston Press.

Music writers and have long tried to uncover the voting process to no avail.

A VMA does not necessarily have the same sanctity that, say, a Grammy does — the Moon Man trophy is commonly seen more as a symbol of an artist’s position in the zeitgeist than a testament to craft. The VMA telecast itself has always played out as a long and intricate concert with acceptance speeches in between performances.

The VMAs gave West one of his most notorious moments, when he stormed the stage in 2009 during Taylor Swift’s acceptance speech for Best Female Video. His beef? She won over Beyonce, who dominated pop culture that year with “Single Ladies.”

MTV is not the only cultural institution West dismantled on Saturday before cutting short the concert after three songs, canceling the rest of his tour and subsequently entering UCLA Medical Center on Monday for psychiatric observation.

In his onstage rant, West also took aim at Facebook and Google for “lying” to the American people over the course of the election, appeared to support President-Elect Trump and did the unthinkable in our modern age — furthered his personal attacks on the untouchable Beyonce and Jay-Z.

“Sometimes, we be playing the politics too much and forgetting who we are, just to win,” West concluded on Saturday.