Kanye West has pulled out of his scheduled performance at the Coachella music festival less than a month before it was due to take place, according to multiple media reports, including the Los Angeles Times.

Ye was scheduled to perform as the headliner on the closing night of the two-week festival in Indio, California, which is scheduled to run April 15-17 and April 22-24. It’s unclear which artist will receive West’s headlining slot. The festival’s other headliners are Billie Eilish and Harry Styles. 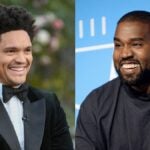 TMZ, which was the first to report the news, also shared a rumor that Travis Scott would appear in West’s performance, which would be the rapper’s first since his fatal Astroworld music festival gig, though that will no longer take place either.

West had last headlined Coachella in 2011, but much has changed since then, and he’s had a tumultuous couple of weeks that got him suspended from Instagram and blocked from performing at the Grammys, despite his album “Donda” being nominated for Album of the Year. He was a no-show at Sunday’s Grammys.

Coachella is sold out for its 2022 edition and will attract 125,000 attendees to its Empire Polo Club grounds. This is the first Coachella since 2019 after the 2020 and 2021 editions were canceled due to the spread of the coronavirus. 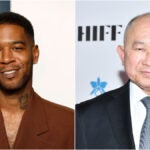