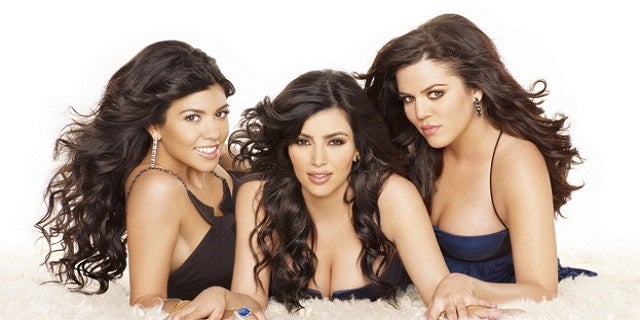 The Kardashians twisting the truth in the name of ratings and publicity? As improbable as it seems, the widow of Robert Kardashian says that it's so.

In a notice filed in U.S. District Court in central California on Thursday, Ellen Pearson-Kardashian — who married Robert Kardashian after he split with Kris Jenner — claims that Jenner, along with daughters Kim, Khloe and Kourtney Kardashian, filed a lawsuit against her to pump up the drama for an episode of their E! series "Keeping Up With the Kardashians."

The motion states that Pearson-Kardashian is seeking to file counterclaims for defamation, public disclosure of private facts, intentional infliction of emotional distress, civil harassment and civil conspiracy to defame.

The Kardashians and Jenner filed a copyright infringement suit against Kardashian-Pearson in April, claiming that she unlawfully profited from Robert Kardashian's diary and photos from the Kardashians' pre-fame days by peddling them to the tabloids.

But Kardashian-Pearson claims that the suit was filed for one reason: the June episode of "Keeping Up With the Kardashians" titled "Enough Is Enough."

In addition to claiming that the suit was trumped up for the show, the motion takes a few choice jabs at the Kardashians. Such as that the series follows "the often sordid, decadent and scandalous lives of the Kardashians."

And, "While Ellen is a private person with a career in the real estate industry, the Kardashians do not have any meaningful careers or professions."

A spokeswoman for Kim Kardashian has not yet responded to TheWrap's request for comment.

Kardashian-Pearson's motion claims that she was contacted by a private investigator named Jake who offered to sell her damaging information about Kris Jenner. When she declined, Jake then threatened to give the information to the Kardashians, the motion says.

In the "Enough Is Enough" episode — described as "carefully scripted" — however, "Jake ultimately 'reveals' to the Kardashians negative information about Ellen, but noticeably absent in the Episode is the adverse information that Jake claimed to possess about Kris Jenner. The information revealed about Ellen happened to be of the same nature that Jake attempted to entrap Ellen with prior to the filming of the Episode."

Kardashian-Pearson's motion posits that the episode "was crafted as a form of 'damage control'" when the information from Robert Kardashian's journals painted Kris Jenner in a less-than-favorable light by creating "a fake scenario where 'Robert's story and words' became the narrative of [Kardashian-Pearson] which the Kardashians could then claim were not credible because they were motivated by greed."