Kareem Abdul-Jabbar on Monday criticized Will Smith, tallying up the damage from the star’s violent outburst on Sunday’s Oscar telecast to include perpetuating “stereotypes about the Black community,” damaging show business and creating threats to comedians – for starters.

“When Will Smith stormed onto the Oscar stage to strike Chris Rock for making a joke about his wife’s short hair, he did a lot more damage than just to Rock’s face,” the NBA legend wrote in a Monday column on his Substack titled “Will Smith Did a Bad, Bad Thing.” “With a single petulant blow, he advocated violence, diminished women, insulted the entertainment industry, and perpetuated stereotypes about the Black community.”

Abdul-Jabbar launched his reader-supported Substack account in September around the same time the last of his topical guest columns was published at The Hollywood Reporter. He’s been posting regularly since, including his fiery assessment of Smith, which suggests the “King Richard” star’s bad behavior fell not too far from the tree. 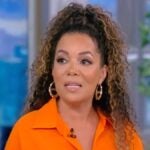 Also Read:
‘The View’ Hosts Praise Will Smith’s Apology to Chris Rock: ‘It’s Very Important for Us to Believe in Redemption’ (Video)

“Young boys — especially Black boys — watching their movie idol not just hit another man over a joke, but then justify it as him being a superhero-like protector, are now much more prone to follow in his childish footsteps,” Abdul-Jabbar wrote. “Perhaps the saddest confirmation of this is the tweet from Smith’s child Jaden: ‘And That’s How We Do It.'”

The basketball great also dismissed those who’ve “romanticized Smith’s actions as that of a loving husband defending his wife.”

“Actually, it was the opposite. Smith’s slap was also a slap to women. If Rock had physically attacked Pinkett Smith, Smith’s intervention would have been welcome,” he wrote. “But by hitting Rock, he announced that his wife was incapable of defending herself — against words. From everything I’d seen of Pinkett Smith over the years, she’s a very capable, tough, smart woman who can single-handedly take on a lame joke at the Academy Awards show.” 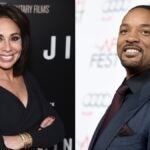 As others have suggested, Abdul-Jabbar called Smith’s onstage attack “an implied threat to all comedians who now have to worry that an edgy or insulting joke might be met with violence. Good thing Don Rickles, Bill Burr, or Ricky Gervais weren’t there. As comedian Kathy Griffin tweeted: ‘Now we all have to worry about who wants to be the next Will Smith in comedy clubs and theaters.'”

The Lakers great left a crack of daylight for Smith’s redemption, however: “I don’t want to see him punished or ostracized because of this one, albeit a big one, mistake. I just want this to be a cautionary tale for others not to romanticize or glorify bad behavior. And I want Smith to be the man who really protects others — by admitting the harm he’s done to others.”