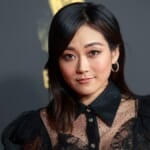 Also Read:
‘The Boys’ Star Karen Fukuhara on the ‘Joy’ She Hopes Kimiko Finds in Season 4

Despite carrying out a successful mission, the violence and fear of the prostitutes becomes a pivotal moment for Kimiko’s character. “She goes in to save these girls, but in fact, they’re actually scared of her,” Fukuhara explained.

According to Fukuhara, it’s the first moment that Kimiko realizes that other people see her as a monster, in the same way that she’s seen Homelander and the other supes as villains her whole life.

“There’s nothing more she wants than to connect with these girls and be the hero” Fukuhara told WrapWomen. “It was a really sad scene to shoot.” 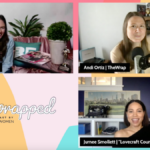 View full interview with with Fukuhara in the video above.