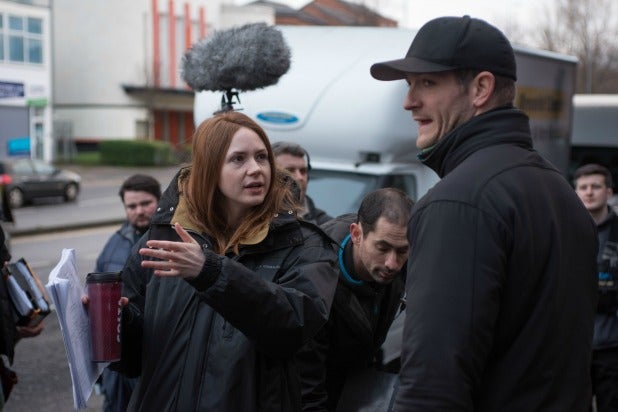 Karen Gillan looked homeward for her debut as a writer-director, and what she saw disturbed her: “The Party’s Just Beginning” examines the alarmingly high suicide rate, especially among men, in the Scottish Highlands town where she grew up.

“I was like wow, this is such a strange contradiction. Because it’s such a beautiful, picturesque place to grow up, yet we have this dark statistic looming over us, and I wanted to know why,” Gillan said on the “Shoot This Now” podcast.

Gillan and Pace met on the set of the first “Guardians,” in which he played Ronan the Accuser.

“We were villains together,” she recalled.

The film juxtaposes peppy party scenes with the grim crashes that come when you sober up and remember the person you love is still gone. The misty highlands and regal old buildings provide a backdrop that is both alluring and melancholy.

“I don’t think it’s specific to Scotland. I think actually this story is universal, and I think it’s probably specific to remote places that feel a little secluded or cut off from the rest of the world,” she said.

“We have this epidemic now where men don’t feel like they can express themselves and they’re not comfortable talking about their emotions, quite in the same way as women are,” she added. “So I think that is a big contributing factor.”

“The Party’s Just Beginning” makes its theatrical debut on Friday and gets a digital release Dec. 12.

You can listen to the “Shoot This Now” interview on Apple or right here:

Oh: We also talk about Gillan’s desire to move into the horror genre next, her spectacular idea for a witch story (we recorded this close to Halloween) and the many secrecy precautions on the set of “Avengers 4.”