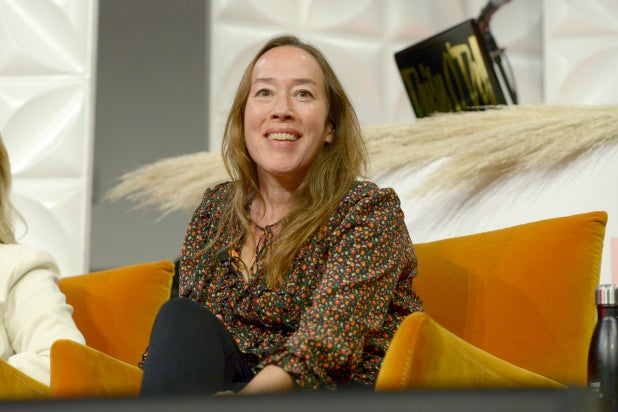 Karyn Kusama will direct a new “Dracula” feature for Jason Blum’s Blumhouse Productions, an individual with knowledge of the project told TheWrap.

Matt Manfredi and Phil Hay, who have collaborated with Kusama on “Destroyer” and “The Invitation,” are writing the script.

Blumhouse is just coming off a hit with Leigh Whannell’s “The Invisible Man,” which grossed $102.2 million worldwide based off a $7 million budget. While the “Dracula” project isn’t set up at Universal Pictures just yet, it would make sense given Universal has a first look deal with Blumhouse, and Dracula is part of Universal’s Classic Monsters, alongside Godzilla, Frankenstein, The Mummy, and The Invisible Man.

Also Read: 'Dracula' and 'Frankenstein' Theater Reviews: Our Favorite Monsters Get a Makeover

And with the recent success of “The Invisible Man,” which was distributed by Universal, the Monster Universe could be brought back on track after the studio’s misfire with 2017’s “The Mummy.” That film made $409 million worldwide off of a $125 million budget.

The new “Dracula” will take place in modern times. Another monster project was recently set up at Universal as well, with James Wan producing through his Atomic Monster banner.

Kusama’s other credits include “Jennifer’s Body” (2009) and “XX” (2017), and she executive produced “Leap of Faith: William Friedkin on The Exorcist” (2019). She also most recently directed an episode of HBO’s “The Outsider,” based on the Stephen King novel of the same name.

She is represented by ICM Partners and ID Pr. The Hollywood Reporter first reported the news.