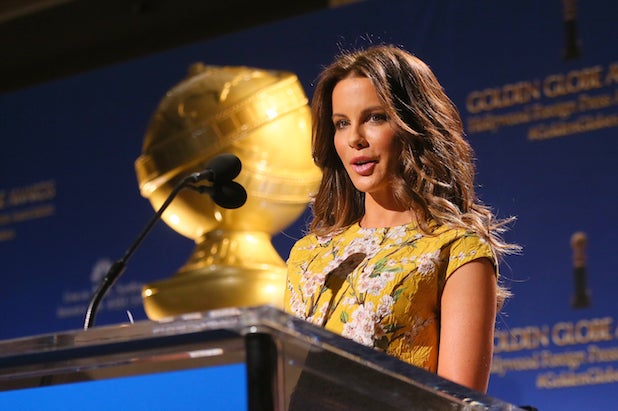 Kate Beckinsale has left UTA and signed with CAA, where she will be represented across all areas, TheWrap has learned. She continues to be represented by attorney Barry Littman of Hansen, Jacobson.

Beckinsale is a commodity in Hollywood, having starred in the hit “Underworld” franchise. With studios making more female-driven action movies in the wake of “The Hunger Games” and “Lucy,” she’s poised to snag some major roles.

Beckinsale recently starred in Michael Winterbottom‘s drama “The Face of an Angel” and will soon be seen in D.J. Caruso’s thriller “The Disappointments Room.” She also has Whit Stillman’s “Love and Friendship” and the sci-fi comedy “Absolutely Anything” on the horizon.

Beckinsale is the latest star to move between UTA and CAA, with the latter agency losing Chris Pratt, Will Ferrell and Melissa McCarthy to its crosstown rival. Signing Beckinsale is good start for CAA in restoring the balance of power following a mass exodus that threw the agency world for a loop.

Outside of the “Underworld” franchise, the British actress is well known for her roles in Michael Bay‘s “Pearl Harbor” and Martin Scorsese’s “The Aviator,” as well as “Van Helsing” and the “Total Recall” remake.