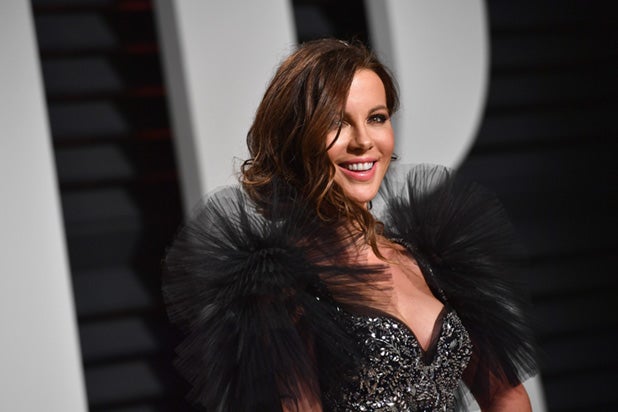 Beckinsale will star in the Funny or Die series as Beth Baker, “a discredited journalist desperate to salvage her career,” according to the series description. “She latches on to the story of a young mother sentenced to life in prison for maiming and murdering her husband, crimes she claims she didn’t commit. In trying to uncover the truth, Beth finds herself in over her head as she contends with Colorado gun-smugglers, clickbait culture, the doldrums of marriage and her own tarnished past.”

Fisher was originally attached to star in and executive produce the series when it was announced back in March, but according to Deadline, which first reported the news of Beckinsale’s casting, the actress was forced to drop out of the project due to pandemic-related circumstances.

“Guilty Party” is written by Rebecca Addelman (“Dead to Me”), with Trent O’Donnell (“No Activity”) set to direct. Addelman and O’Donnell will also serve as executive producers alongside Sam Hansen, Jimmy Miller and Funny Or Die’s Joe Farrell, Jim Ziegler and Mike Farah.

Joe Hardesty is a co-executive producer. The series hails from CBS Television Studios in association with Funny Or Die and Mosaic.