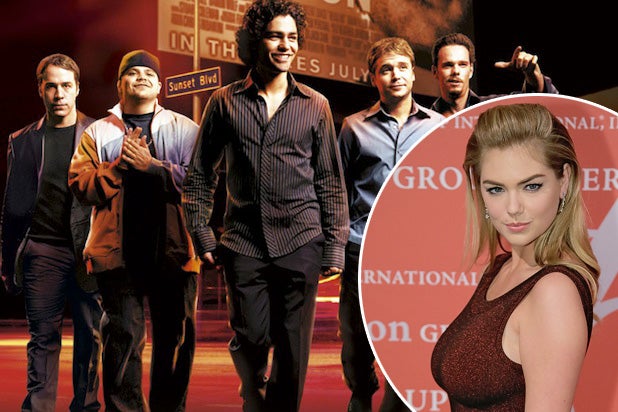 Kate Upton is being eyed for the female lead in the “Entourage” movie, multiple individuals familiar with the Warner Bros. project have told TheWrap.

Though Upton has not been formally offered the role yet, she is in early discussions to join the cast, according to sources. While a representative for the swimsuit model-turned-actress has denied that any such talks are under way, they acknowledge that there was interest in Upton for the project earlier this year.

After heated contract negotiations, Adrian Grenier, Kevin Connolly, Kevin Dillon, Jerry Ferrara and Jeremy Piven have all agreed to reprise their iconic roles from the HBO series in the Doug Ellin-directed feature, which is expected to highlight Ari Gold’s new career as a studio head.

Details of Upton’s potential role are being kept under wraps, though she could be playing the latest love interest of movie star Vincent Chase (Grenier), who always had a thing for curvy blondes.

Production is scheduled to start early next year.

Upton, who appeared in Brett Ratner’s “Tower Heist” and “The Three Stooges” movie, will soon be seen alongside Cameron Diaz, Leslie Mann and Nikolaj Coster-Waldau in Nick Cassavetes’ comedy “The Other Woman.” She’s represented by  IFA Talent Agency.