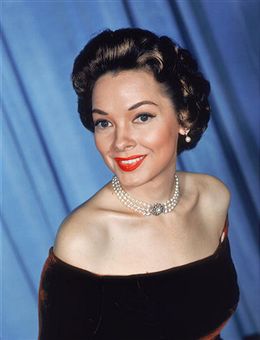 "She just went to sleep and didn't wake up," Sherman told the AP.

Trained as an operatic soprano singer, Grayson was a staple of MGM's dream factory musicals from the early 1940s, mostly in supporting roles.

It was with the hit "Anchors Aweigh," in which she co-starred with Frank Sinatra, that solidified her as a Golden Age movie star. She was later given leads in "Show Boat" (1951) and "Kiss Me Kate" (1953), often paired with Howard Keel and Mario Lanza.

As the popularity of movie musicals waned, she appeared onstage, appearing in "Camelot" from 1962 to 1964, and progressing to several operas, including "La Boheme," "Madama Butterfly" and "La Traviata." Her return to opera singing was actually a fulfillment of her lifelong dream; she was a reluctant movie star,

She made three movies with Keel, and later performed and toured with him on the nightclub and summer-stock circuit.

A native of Winston-Salem, N.C., Grayson was discovered 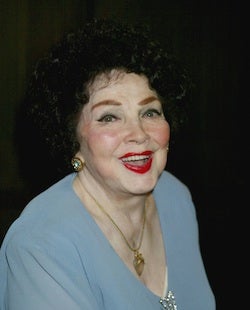 by MGM talent scouts while singing on the radio, and was first cast in the "Andy Hardy" movies. When movie musicals fell out of favor in the early 1960s, she appeared on stage in several musicals, including "Camelot," and in operas including "La Boheme" and "Madame Butterfly."

She also made several variety-show appearances on television and took occasional dramatic TV roles, most recently on three episodes of "Murder, She Wrote" from 1987-1989.

Grayson is survived by her daughter, Patricia Kathryn, whom she had with actor-singer husband Johnnie Johnston, and several grandchildren and great-grandchildren.

There will be no funeral service, Sherman told the AP.