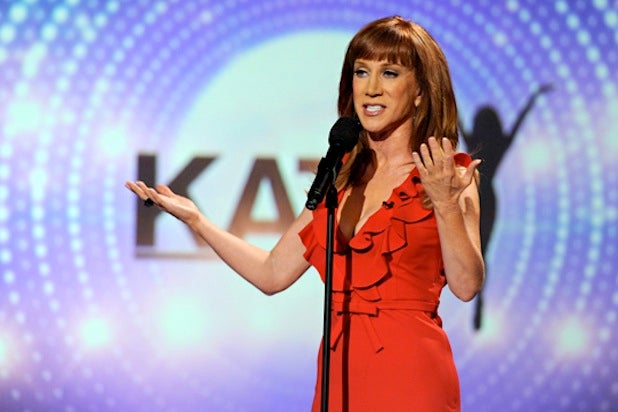 E!’s announcement last Friday that “Fashion Police” would continue without Joan Rivers has launched several reports that Kathy Griffin is set to replace her.

But the cable channel is denying the reports. “There are no further details to announce,” an E! representative told TheWrap. “Any speculation at this point is incredibly premature.”

Griffin, who knew Rivers well and saw her as a mentor, was floated in reports even before Rivers passed away. At the time, some media outlets claimed the comedienne and actress was actively campaigning for the gig. Her reps said that wasn’t true.

Reports are also stating that Griffin is at the top of a shortlist of replacements for Joan, which includes men.

The future of “Fashion Police” — which Joan’s daughter, Melissa Rivers, serves as an executive producer on — was up in the air in the days after Rivers died on Sept. 4.

Last Friday, E! shared its decision to continue the show on Monday, Jan. 12 in time to cover the Golden Globe Awards.

Meanwhile, an autopsy on Rivers’ body has been completed, but the results did not yield a firm cause or manner of death, a spokeswoman for the New York Medical Examiner’s Office told TheWrap.