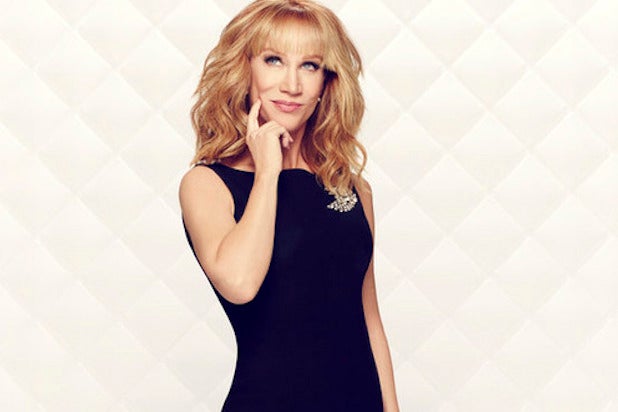 Kathy Griffin is bailing on E!’s “Fashion Police” after just seven episodes, and has the support of a number of women in Hollywood, including former co-host Kelly Osbourne, who quit last month.

“I could not be more proud of you,” Osbourne, who co-hosted the program for five years, tweeted. You have my love and support always!”

Osbourne left shortly after co-host Giuliana Rancic found herself in a storm of controversy surrounding comments she made on the Oscar edition of “Fashion Police” about Zendaya Coleman’s dreadlocks that many found racist.

Osbourne protested Rancic’s comments, which were written into the script and edited before broadcast, but ultimately said she left to “pursue other opportunities.”

Griffin noted her “style does not fit with the creative direction of the show and now it’s time to move on.”

Here are more reactions to Griffin’s departure from “Fashion Police”:

Kathy Griffin’s quit Fashion Police because she doesn’t like their mean humour? Ironically, one of the few times she’s ever made me laugh.

I have so much respect for Kathy Griffin. Cheers for doing what you think is right. She is my hero. “@kathygriffin: pic.twitter.com/GLUkWsJfSK”

Congrats to my beautiful friend Kathy Griffin for bravely saying enough is enough to intolerance of all kinds on television. She’s modeling a better way for the youths (and working those ears.)