Actress Kathy Lamkin, best known for playing the Desert Aire trailer park manager opposite Javier Bardem’s hitman Anton Chigurh in “No Country for Old Men,” has died after a short illness. Lamkin was 74.

“Kathy will be missed by her family and friends and left an impact on all she that encountered during her life on this Earth,” the family said in a statement to Deadline, which first reported the news.

Lamkin, who died on April 4, according to her agent Linda McAlister, was also known for starring as the Tea Lady in the 2003 remake of “The Texas Chainsaw Massacre.”

Lamkin was born on Dec. 10, 1947, in Graham, Texas. She would go to complete her BS in Theatre and Master’s in Mass Communications from Central Missouri State University. Lamkin and her husband Stephen L. Lamkin would settle in Pearland, Texas in 1983, where they raised their children and she taught theatre arts at Codwell Elementary School in Houston. Later, Lamkin not only created and ran Unicorn School of Acting and later the performing wing, USA Theatre, but was active with her acting in the film and theatre community.

In 2002, Lamkin began to commute between Houston and Los Angeles to further her professional career. While there she had many memorable roles in both TV and films, including “Nip/Tuck,” “Boston Legal,” “Bones,” “In the Valley of Elah,” “The Heartbreak Kid” and “Kiss Kiss Bang Bang.” 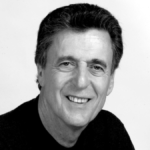 Lamkin won a SAG Award as part of the cast for “No Country for Old Men.”

Lamkin is preceded in death by her parents, her brothers Jerry and Donald, and her sisters Jeannie Guinn and Jeannette Oreschnigg. She is survived by her husband of 52 years Stephen, her daughter Kati Lamkin, her son Greg and his wife Jamie, and grandchildren Benjamin and Morgan Lamkin.

In lieu of flowers, the family asks donations be given to The Actors Fund.