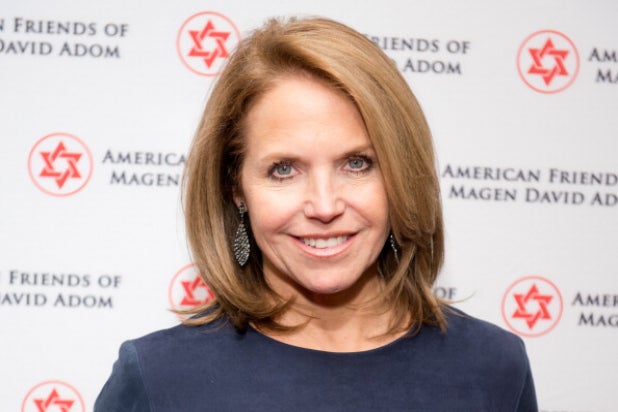 Couric joined the online giant in November 2013 as the site’s global news anchor after a two-year stint at ABC News. She was a prominent early hire for CEO Marissa Mayer, who has bulked up content-producing staff in recent years in an effort to make the site a news destination.

According to reports, Couric is expected to be getting a significant bump in salary, from around $5-6 million per year to nearly $10 million.

Representatives for Yahoo and Couric declined to elaborate further about the terms or length of the new deal.

Couric, 58, leaped to nationwide fame as co-host of NBC’s “Today” from 1991-2006, then took over as the anchor of “The CBS Evening News,” where she earned a then-record $15 million per year. She struggled in the anchor chair for five years despite occasional coups like her memorable interview with then-vice-presidential candidate Sarah Palin in 2008.

She left CBS in 2011 for a special correspondent gig with ABC News along with a daytime talk show for sister company Disney-ABC, signing on for a record $40 million annual salary. The daytime show stumbled in the ratings and was cancelled after two seasons.

At Yahoo, Couric has raised the profile of online news, with a particular focus on one-on-one interviews with politicians, business executives, and celebrities.