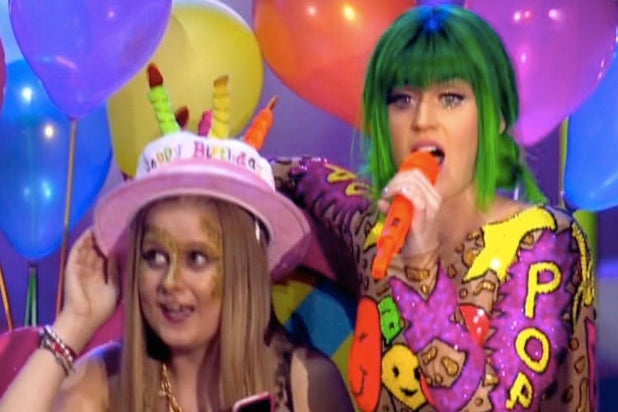 The green-haired pop star lit up the stage as she serenaded a lucky fan for her birthday.

Suddenly, she rode a balloon-strapped zipline that lifted her up ala Pixar’s “Up.”

The crowd in the United Kingdom cheered in delight as the pop princess made it back down safe and sound.