The companies are developing an ongoing, one-hour scripted series around Dr. Kay Scarpetta, the forensic psychologist at the center of Cornwell’s book series, launched in 1990. The Scarpetta character was inspired by former Virginia Chief Medical Examiner Marcella Farinelli Fierro, MD.

A source with knowledge of the production confirmed that casting and the selection of a showrunner are in the works. 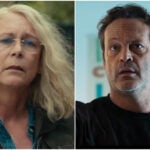 “Patricia Cornwell is a bona fide literary trailblazer, and collaborating with her to bring her beloved character Kay Scarpetta to life through the power of television and to introduce her to an entirely new audience is exciting,” said Curtis in a statement. “The confluence of Blumhouse and Comet bringing life to a dark, fun and layered world and family life, spearheaded by the smart, sexy and indomitable Kay Scarpetta is going to be a thrilling ride.”

In the statement Cornwell also showered praise on Curtis. “I’ve had the honor and pleasure of knowing Jamie for a number of years, and have come to respect her hugely as an artists and a stellar human being,” Cornwell said. “Blumhouse is a creative force of nature, and I’m confident that Scarpetta is going to make it to the screen in a fantastic way. To say I’m thrilled is an understatement, nad I have no doubt my readers will feel the same!”

Said Blumhouse Television president Chris McCumber in the statement, “we are…grateful to Jamie Lee Curtis for connecting the Blumhouse team to Patricia for trusting us with her iconic creation.” 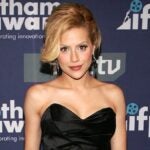 Curtis has a first-look deal with Blumhouse.

American writer Cornwell has authored 29 New York Times bestsellers, and her novels have won prestigious awards include the Edgar, the Creasey, the Macavity, the Gold Dagger and the British Book Award for Crime Thriller of the Year. Her newest Scarpetta book is “Autopsy,” the 25th book in the series, set for release in fall 2021. Along with the Scarpetta series she has penned a non-fiction account of Jack the Ripper and numerous other books. She is also a licensed helicopter pilot and scuba diver.

Cornwell, Curtis, McCumber, Jason Blum and Jeremy Gold will serve as executive producers. The series is a Blumhouse Television Production. 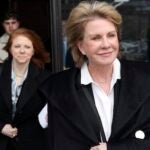