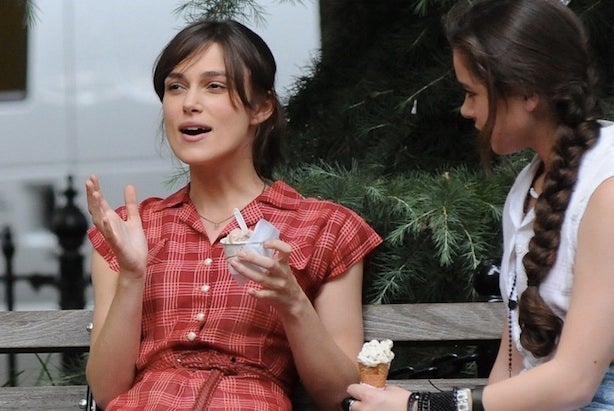 An overnight bidding war at the Toronto Film Festival has ended with The Weinstein Co closing a deal for the musical film “Can a Song Save Your Life?” starring Keira Knightley and Adam Levine, an individual with knowledge of the negotiations told TheWrap.

The filmmakers had sought – and got a $7 million minimum guarantee for U.S. rights – with reports of getting another another $20 million commitment for marketing costs, according to an individual with knowledge of the talks.

The film, by writer-director John Carney (“Once”) premiered on Saturday night and immediately set off intense bidding. CBS Films, Summit/Lionsgate and Fox Searchlight were among the companies vying for the project.

Early reviews have been strong and Oscar watchers predicted that the film could attract awards attention.

Knightley stars as a songwriter who comes to the U.S. with her singer boyfriend (Levine), who cheats on her with a music executive. Mark Ruffalo plays a former record company honcho who helps her find her path in the wake of that betrayal.

The all-but complete sale follows another high profile deal over the weekend, after Jason Bateman‘s “Bad Words” sold to Focus Features for $7 million.

For the record: A previous version of this post referenced the movie title incorrectly. TheWrap regrets the error.