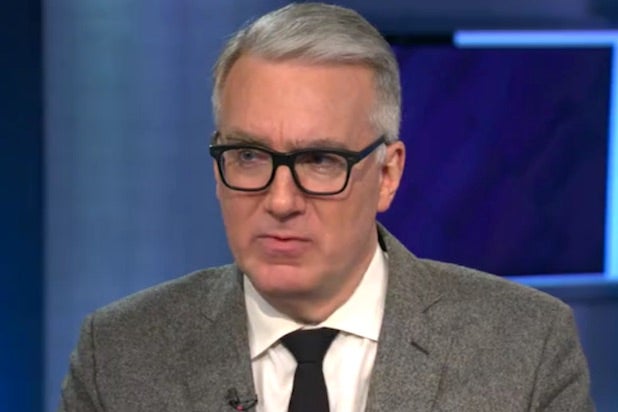 Keith Olbermann — formerly of MSNBC and ESPN — drew immediate condemnation Tuesday when he labeled President Donald Trump a “whiny Kunta Kinte” in a tweet. He later deleted and clarified his tweet.

He made the remark in response to Trump’s decision to insult Fox News while doing an election day interview on the network, prompting the “Fox & Friends” hosts to defend their employer in an attempt to get the conversation back on track.

Twitter users quickly pointed out the comparison to the “Roots” character — a Black slave who stood up to his masters — made little sense in context. The character, portrayed by LeVar Burton, was unshakeable and brave, not whiny.

Some questioned whether Olbermann was trying to find a way to call the president a vulgarity that is similar to the first four letters of Kunta’s name. He later tweeted confirmation that they were correct about that.

Regardless of his unclear intent, Olbermann’s comment was quickly called racist, by commentators on the left and right alike.

Some observers kept their criticism gentle, urging Olbermann to “rethink” his tweet. Singer Kehlani asked, “What is life anymore?”

Others, like activist Shaun King and former NFL player Stephen White, were harsher, asking, “What the f—?”

Singer Kimya Dawson let him have it, writing, “You should’ve just said c— If you meant c— and not tried to be funny. This s— is racist and inaccurate as f—. Calling Kunta Kinte whiny?! WHINY?! How f—ing dare you.”

In an email to TheWrap, Olbermann explained why the tweet was up for so long and that he had deleted and clarified it: “I’ve just looked at Twitter for the first time in a couple of hours and seen the issue.”

He said he was attempting to refer to the president unkindly, but without actually using the vulgar word, then added, “I’ve deleted the previous ‘Kunta Kinte’ version to make it clear.”

In a new tweet, he said the same and apologized.