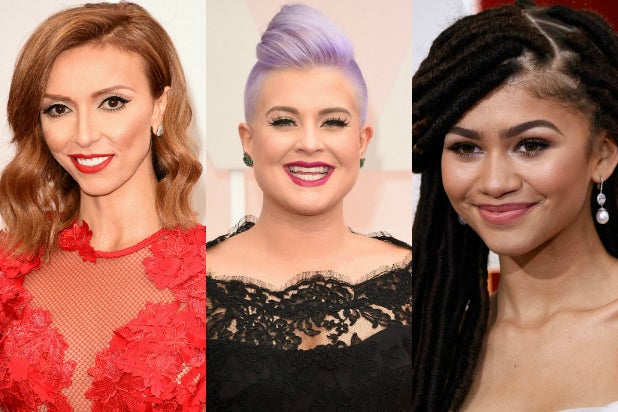 On Tuesday, Kelly Osbourne was threatening to quit “Fashion Police” over co-star Giuliana Rancic‘s comment about actress Zendaya’s Oscars red carpet dreadlocks. By Thursday, Ozzy’s daughter was singing a different tune: one of the “this too shall pass” variety — a hashtag she implemented in praising both fellow females.

“It takes a strong women to apologize & makes a forgiving women even stronger! #ThisTooShallPass,” Osbourne wrote this morning.

On Monday’s “Fashion Police,” Rancic recapped the Oscars red carpet with her colleagues, saying of Zendaya’s hair: “I feel like she smells like patchouli oil and weed.”

That didn’t go over too well, though Rancic’s co-workers chuckled at the time.

Also Read: Zendaya on Exiting Lifetime’s Aaliyah Movie: It ‘Wasn’t All the Way There’

It takes a strong women to apologize & makes a forgiving women even stronger! #ThisTooShallPass

Below is Rancic’s apology on the social media site. Later, she’d issue an on-air mea culpa to Zendaya:

Dear @Zendaya, I’m sorry I offended you and others. I was referring to a bohemian chic look. Had NOTHING to do with race and NEVER would!!!

I DID NOT MAKE THE WEED COMENT. I DO NOT CONDONE RACISM SO AS A RSULT OF THIS IM SEREIOULSY QUESTIONONIG STAYING ON THE SHOW!

Im giving everyone involved 24 hours to make it right or the world will hear how I really feel. contactually Im not allowed to speak! — Kelly Osbourne (@KellyOsbourne) February 24, 2015

you guys do realize that @Zendaya is my friend right?

I WILL NOT BE DRAGED INTO THIS! The situation is being rectified like ADULTS by both parties. I hope you can leave it to them & do the same! — Kelly Osbourne (@KellyOsbourne) February 24, 2015