Kellyanne Conway has written in her upcoming book that Donald Trump briefly thought about quitting the 2016 presidential race after his notorious “Grab ‘em by the p—-” tape leaked weeks before Election Day.

In an excerpt of “Here’s the Deal” obtained by The Daily Beast, Conway dishes about how the “Access Hollywood” tape of Trump and Billy Bush boasting about being famous enough to get away with sexually assaulting women put the campaign in jeopardy. She describes meeting with him on the 24th floor of Trump Tower on Oct. 8, 2016, the night after the video was published by The Washington Post.

According to Conway, Trump had seen reports that the GOP “could force him off the ticket or hold a vote to expel him” over his “disgusting” comments. 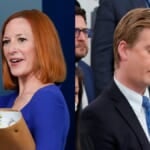 “Should I get out [of the race]?” Trump asked his campaign advisor, according to the excerpt in Daily Beast.

“You actually can’t,” she recalls saying to him, “unless you want to forfeit and throw the whole damn thing to Hillary.”

When he asked “What do you mean, I can’t quit?” she explained that it was too late to pull out of the race because early voting was already underway. 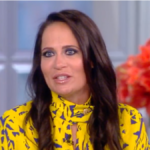 According to Daily Beast, Conway writes that she soothed his worries about whether or not he could still win the election, while simultaneously scolding him for the “reprehensible” remarks he’d made in the video.

Both Trump and Conway’s public comments about the incident differ from her account in the book. On Oct. 8, the then-candidate told The Wall Street Journal that there was “zero chance” he’d quit. For her part, Conway requested that people “stop using” the phrase “sexual assault” to describe what Trump dismissed as “locker room talk.”

On Thursday, People Magazine released another preview of “Here’s the Deal” that discusses the strain her husband George Conway’s feud with Trump placed on her marriage. The excerpt also details the “much-needed female support” she received from other women in the White House, including Ivanka Trump, who recommended a marriage counselor. 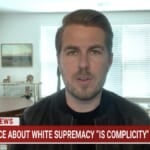