“Kelsey Grammer’s Historic Battles for America” has a premiere date on Fox Nation.

The show, which finds Grammer looking at eight battles that left their mark on America, will debut May 1, Fox Nation president Jason Klarman announced Wednesday.

“I am excited this show will provide the opportunity to share a historical look into some of the most important battles fought through American history, to remember those who fought them, and how they shaped our country,” Grammer said in a statement. 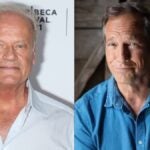 The “Frasier” star’s new eight-part series will find him looking at battles from the American Revolution, Texas Revolution, Civil War and American Indian Wars. He’ll be “revealing the strategies that led to victory or defeat, the emotions, and inner workings of those who fought it, the decisions that led to battle along with the long-term consequences that resonate long after the conflict’s end,” per a logline from the streaming network.

“Kelsey is a legend in the entertainment industry, and we are proud to bring his talents to our platform with ‘Kelsey Grammer’s Historic Battles for America.’ His affinity for our nation’s history and charismatic delivery will provide Fox Nation subscribers with an entertaining yet educational viewing experience they can’t get anywhere else,” Klarman said in a statement. 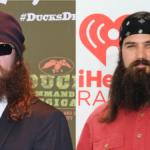