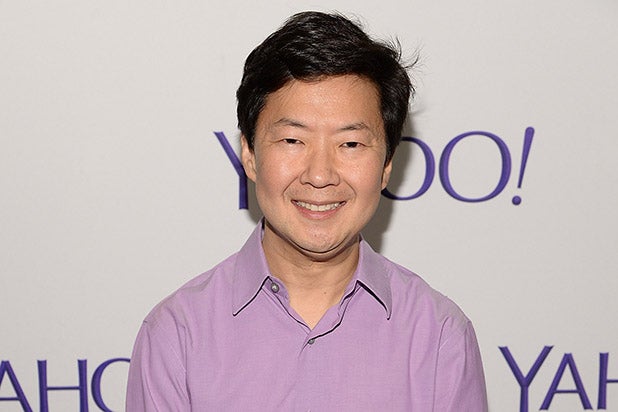 Ken Jeong stars in and executive produces “Dr. Ken,” ABC’s new multi-camera sitcom inspired by his own past as a medical doctor, but he still doesn’t think of it as his show.

During the show’s panel at the Television Critics Association Summer Press Tour, the actor emphasized that “Dr. Ken” is an ensemble show. “I think of this more as an ensemble show,” the actor said, maintaining that even though it’s his name in the title, the other characters will be just as central to the series. “It’s a one-for-all and all-for-one approach.”

Jeong promised that the supporting characters will all be given the chance to be the focus of the show, both in terms of plot and comedy. “It’s very important to me to have that truth of all the characters driving all the stories,” he said.

The supporting cast includes veteran players like Dave Foley, Jonathan Slavin, Tisha Cambell-Martin and Suzy Nakamura, actors for whom Jeong had nothing but praise.

“We found the most amazing scene-stealers,” he said, noting that the multi-camera format allows the cast to improvise and show off their skills, which can then be worked into future scripts. “That’s kind of how I grew up on ‘Community,’ where it’s all about the ensemble.”

Though “Knocked Up” was Jeong’s first major on-screen gig, it was “The Hangover” that raised his profile and led him to roles in “Community” and now “Dr. Ken.”

“‘The Hangover’ changed my life from black-and-white to technicolor,” he said. “I’m going to do everything in my power to keep this going.”