Ken Starr, the prosecutor who obsessively pursued former president Bill Clinton over his relationship with Monica Lewinsky, was largely responsible for securing convicted sex offender Jeffrey Epstein’s secret 2008 plea deal. The revelation comes via a new book from Julie K. Brown, the Miami Herald reporter who covered Epstein and his accusers for years.

“Although I go into this more in my book, Ken Starr was probably the most powerful force behind Jeffrey Epstein’s secret plea deal. Without him, it probably would not have happened the way it did, and Epstein would have ended up in prison for a very long time,” the “Perversion of Justice” author wrote on Twitter Tuesday.

Starr told TheWrap Wednesday, “It’s not appropriate to discuss any counsel I or my law firm provided to a client. I have always tried to act with integrity and to be guided by the great principles of the American legal system.”

In 2008, federal investigators identified dozens of underage victims, but Epstein plead guilty to only two charges: procuring a child for prostitution and soliciting a prostitute. As a result of the non-prosecution agreement, he only served 13 months in a county jail and enjoyed work-release privileges. The deal halted an ongoing FBI probe into whether Epstein had more victims, as well as whether there were other powerful people involved. 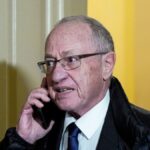 In a Medium post out Tuesday, Starr’s former advisor Judi Hershman recalled her time with the man best known for his 1998 investigation into Bill Clinton’s relationship with White House intern-turned-staffer Monica Lewinsky.

“There was the time in January 2010 when I saw him in California — he was then dean of the Pepperdine University School of Law — and he asked me, if on my next visit to South Florida, I could extend myself to counsel a ‘very wealthy, very smart businessman who got himself into trouble for getting involved with a couple of underage girls who lied about their ages.’ I confess I did not recognize Jeffrey Epstein’s name at the time, but I knew what statutory rape was and I couldn’t understand why Ken Starr would be involved with him,” she wrote, adding, “It did not occur to me that he might have been part of the legal team that executed a secret and egregious sweetheart deal for the convicted pedophile or that the stickler for details I knew Starr to be might be grossly undercounting the victims in question.”

The Guardian got ahold of a copy of Brown’s forthcoming book, which goes into greater detail on Starr’s involvement. The “Perversion of Justice” excerpt says Starr waged a “scorched-earth” campaign to convince federal prosecutors to drop Epstein’s sex-trafficking case.

Epstein died in a Manhattan jail two years ago while awaiting trial on sex trafficking charges.