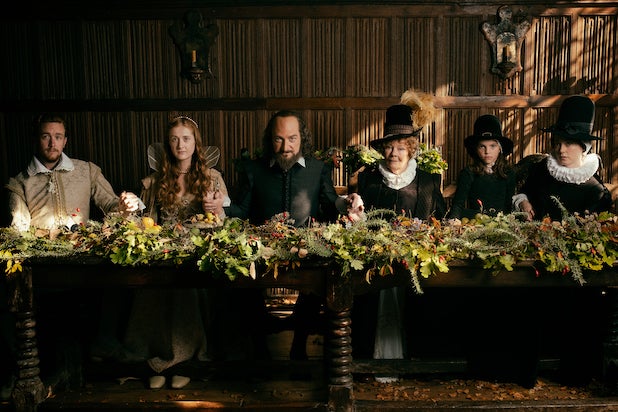 Sony Pictures Classics acquired worldwide rights to “All Is True,” a drama directed by Kenneth Branagh about the final years in the life of William Shakespeare, the company announced Tuesday.

The original screenplay from writer Ben Elton reveals a dramatic and little known period in the final years of William Shakespeare. Branagh stars as Shakespeare alongside Judi Dench as his wife, Anne, and Ian McKellen as the Earl of Southampton.

“All Is True” will have a one-week year-end awards qualifying run in New York and Los Angeles on Dec. 21, followed by an official film release in 2019.

Read the official description below:

The year is 1613. Shakespeare is acknowledged as the greatest writer of the age. But disaster strikes when his renowned Globe Theatre burns to the ground, and devastated, Shakespeare returns to Stratford, where he must face a troubled past and a neglected family. Haunted by the death of his only son Hamnet, he struggles to mend the broken relationships with his wife and daughters. In so doing, he is ruthlessly forced to examine his own failings as husband and father. His very personal search for the truth uncovers secrets and lies within a family at war.

“All Is True” is produced by Tamar Thomas and Ted Gagliano. Executive producers are Judy Hofflund, Matt Jenkins, Becca Kovacik and Laura Berwick.

“We have known and worked with Ken for 25 years. We  feel this is a movie he was destined to make. He conjures up for us the depth and dramatic richness of a character about whom we have always been fascinated,” Sony Pictures Classics said in a statement. What we have seen has confirmed our excitement to plan a qualifying run at the end of this year and to open the movie fully in the new year. We believe audiences will embrace the freshness of ‘All Is True.'”

Which of the famous playwright's works have found box-office and critical glory — and which didn't?

Whedon's "Much Ado About Nothing" releases this weekend, starring Alexis Denisof and Amy Acker.
View In Gallery