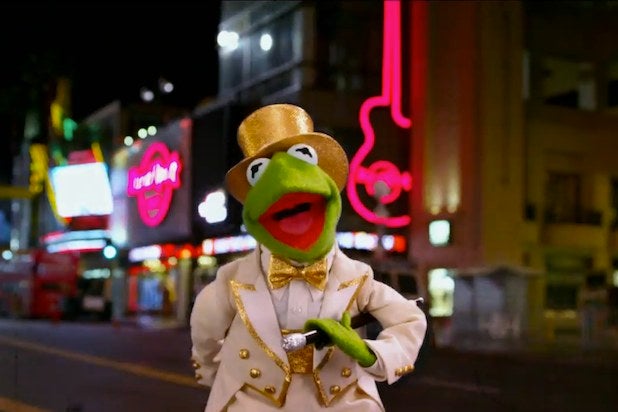 Steve Whitmire is getting presidential amid fallout from Disney letting him go as the voice of Kermit the Frog.

Whitmire has been in a battle of words with the Muppets franchise since he announced last week that Muppets Studio replaced him with Matt Vogel after 27 years as the puppeteer for the iconic felt character.

In his latest blog post, Whitmire shared a quote from Theodore Roosevelt that praises individuals who takes chances.

“It is not the critic who counts; not the man who points out how the strong man stumbles, or where the doer of deeds could have done them better,” reads the quote from a 1910 speech that the 26th U.S. president delivered in Paris.

“The credit belongs to the man who is actually in the arena, whose face is marred by dust and sweat and blood; who strives valiantly; who errs, who comes short again and again, because there is no effort without error and shortcoming,” the message from the former commander in chief continues.

Roosevelt’s passage heralds anyone who “fails while daring greatly, so that his place shall never be with those cold and timid souls who neither know victory nor defeat.”

This follows Muppets Studio having released a statement on Monday saying that Whitmire was fired for “unacceptable business conduct.”

Brian Henson, chairman of the Jim Henson Company and son of late Muppets creator Jim Henson, told the New York Times in an interview later that day that Whitmire sent messages “attacking everyone, attacking the writing and attacking the director,” during his time as Kermit.

In a previous blog post last week, Whitmire wrote that he is “devastated to have failed in my duty” to Jim Henson. In another post, he said that Muppet performers “are not interchangeable.”