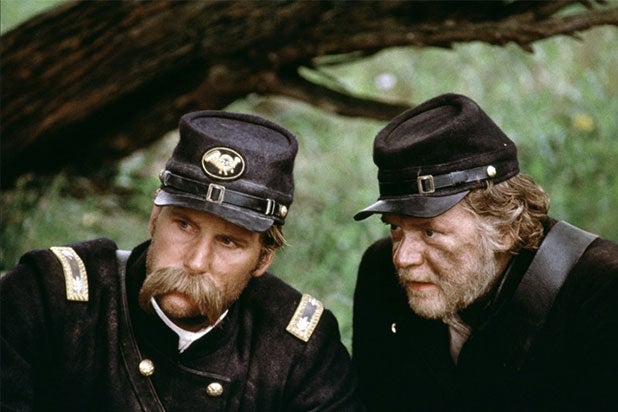 Kevin Conway, known for his roles in films like “Gettysburg” and ‘Thirteen Days,” died Wednesday of a heart attack. He was 77.

Conway’s manager confirmed the news to TheWrap. Conway’s first major screen role was the 1972 film “Slaughterhouse Five,” based on the novel by Kurt Vonnegut. He then went on to star in the 1988 film “Funny Farm,” as well as the 2000 historical drama “Thirteen Days” and the 2006 Disney film “Invincible.”

His other credits include “Civil War Duology: Gods and Generals,” and in 1987, he directed the independent film “The Sun and the Moon.”

His TV work includes the 1979 production of “The Scarlet Letter,” as well as NBC’s “Homicide: Life on the Street.” Conway also had a career on stage — his off-Broadway credits include “One Flew Over the Cuckoo’s Nest,” “The Elephant Man,” “Other People’s Money,” “One for the Road” and “When You Comin’ Back, Red Ryder?” He received the 1974 Drama Desk Award for his performance in the latter production.

On Broadway, he appeared in “Indians, Moonchildren,” as well as “The Plough and the Stars,” “Of Mice and Men” and “Dinner at Eight.” In 1980, he was nominated for the Drama Desk Award for Outstanding Director of a Play, for “Mecca.”

Conway was born in New York City in 1942 and worked as an IBM sales analyst before turning to acting when he was 24 years old.