The Marvel Cinematic Universe may not officially have introduced its Daredevil on screen yet, but when it does, fans will be greeted by a familiar face. Marvel President Kevin Feige confirmed in an interview with Cinemablend that Charlie Cox will return to reprise the role he first played on Netflix — when the time comes.

Of course, when that will happen is still unclear. As Feige told the outlet, “If you were to see Daredevil in upcoming things, Charlie Cox, yes, would be the actor playing Daredevil. Where we see that, how we see that, when we see that, remains to be seen.”

Naturally though, fans already have their theories about all three of those things. When the first trailer for “Spider-Man: No Way Home” was released, eagle-eyed fans were convinced that a certain forearm in a single shot was actually the forearm of Matt Murdock (the real world name of Daredevil). 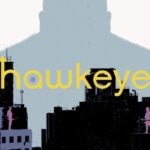 Then again, with the pretty blatant nod to Kingpin, Daredevil’s arch nemesis, over on episode 3 of “Hawkeye” last week — who definitely seems to be played once again by Vincent D’Onofrio, though it can’t be said for certain yet — others are convinced Murdock has a chance of showing up there as well, some time in the upcoming final three episodes.

Cox originated the role of the blind vigilante in Netflix’s “Daredevil” series, which ran from 2015-2018. He also appeared as Murdock in Netflix’s miniseries “The Defenders,” in 2017, which fell between seasons 2 and 3 of “Daredevil.”

It’s not an altogether surprising move on the part of Marvel Studios. “Daredevil” was part of a whole slate of Marvel shows from Netflix, all of which were eventually canceled. The show saw its run cut short in November of 2018. Within their agreement with Netflix was a stipulation that the rights to these Marvel characters would eventually revert back to Disney and Marvel — which they did.

“Jessica Jones” and “The Punisher” were the remaining outliers, and the rights to those characters came back to Marvel earlier this year.