The series will challenge 12 celebrity relatives to step outside their famous family member’s shadow and live together under one roof, concealing their identity and lineage in the quest for their own fame and fortune.

The contestants will have to compete in challenges, form alliances and play DNA detective in pursuit of a $100,000 prize and their own “Claim to Fame.” 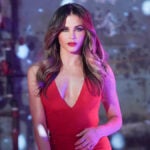 A premiere date for the series has not been announced. 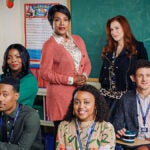 Kevin and Frankie are, of course, no strangers to reality television. Kevin starred for two seasons with his wife Danielle on their E! series “Married to Jonas,” on which Frankie frequently appeared. But this will be the pair’s first competition series.

Their brothers, Nick and Joe, have both served as judges on several singing competition series including “The Voice” and “American Idol.” Joe is also set to judge on the upcoming MTV series “Becoming a Popstar.”